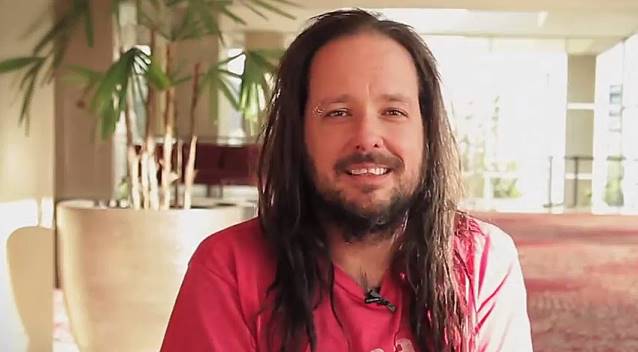 A 12-minute behind-the-scenes look at the "DevilSlug Remix" version of KORN's "Never Never" song can be seen below.

"Never Never (DevilSlug Remix)" is featured on the "Never Never: The Remixes" EP, which was released this past December exclusively via iTunes.

The melodic, almost pop-driven style of "Never Never" met with some mixed reactions from KORN fans, which Jonathan Davis told Metal Hammer was his intention. He explained, "We put this out first cause I knew it was going to piss off a lot of people. And um, so I did it. That song ain't for dudes, it's for the ladies."

"The Paradigm Shift" was the first KORN album to feature the band's original guitarist Brian "Head" Welch in more than eight years. Welch rejoined the group permanently last year after leaving in 2005.

Guitarist James "Munky" Shaffer told The Pulse Of Radio that the new disc is another big step forward for the band musically. "The melodies on it, on the tracks we did, they just sound like, so much like a mature band," he said. "Sounds like they're well thought out, the themes of, you know, the songs that Jonathan wrote about — it's just where we are now. Every record's just sort of a snapshot of where you are musically, personally . . . financially. [laughs]." 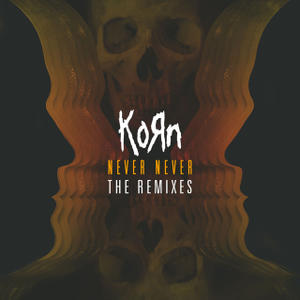