KORN is bringing back the Family Values festival for one day, on October 5, at the 1st Bank Center in Denver, Colorado. Joining the headliners at the event will be HOLLYWOOD UNDEAD, ASKING ALEXANDRIA, MACHINE GUN KELLY and BEWARE OF DARKNESS.

KORN singer Jonathan Davis told The Pulse Of Radio back then that the philosophy behind Family Values was simple. "The bottom line is having good bands and it's all about the fans having fun," he said. "Not necessarily any kind of statement, or any kind of like crazy thing we're trying to get across, we just want kids to have the ability to come to a place and not have to spend a lot of money and have a good time. And see a lot of great bands."

Among the acts that appeared on the tour were STONE TEMPLE PILOTS, LINKIN PARK, EVANESCENCE, PRIMUS and DMX, along with LIMP BIZKIT and RAMMSTEIN.

This is the first time that Family Values has been a one-off event.

The date falls three days before the October 8 release of KORN's 11th studio album, "The Paradigm Shift", which features the return of founding guitarist Brian "Head" Welch after eight years away from the group. 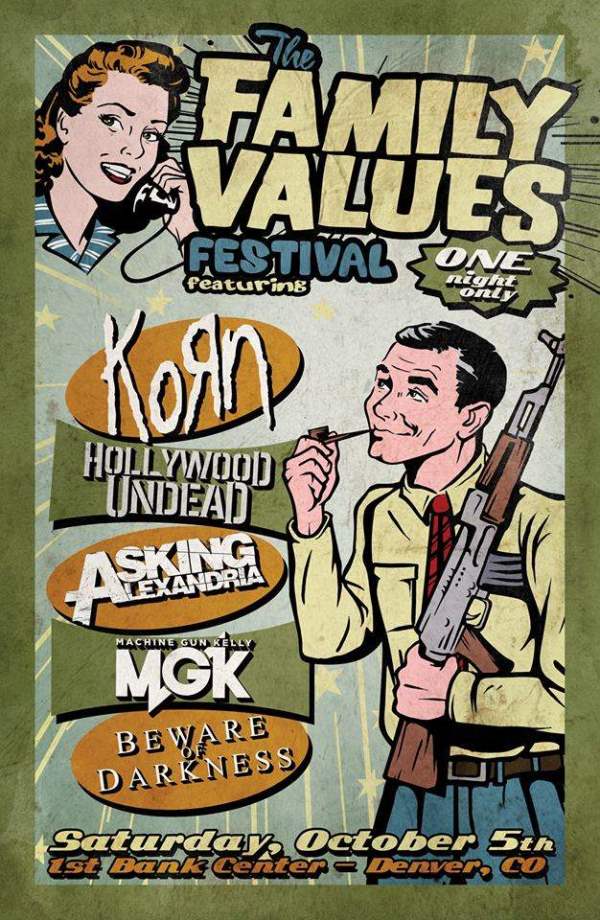