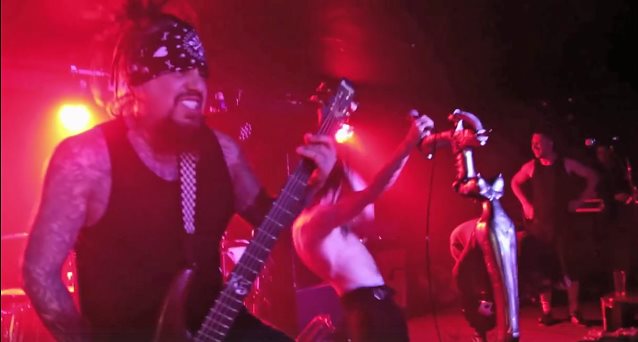 Arvizu and Luzier attended a concert on Saturday by the Liverpool-based outfit KORN AGAIN, which describes itself as "Europe's premier live tribute to KORN, capturing the look, the raw, aggressive sound and energetic stage performance of the original band."

After watching some of KORN AGAIN's set at Manchester's Ruby Lounge, they went up on stage for performances of "Here To Stay" and "Freak On A Leash". Watch a video clip below.

KORN AGAIN wrote on Facebook after the gig: "We'll never get over this shit. Ray and Fieldy, you made our dreams come true. Thank you so much. It was truly an honour. Next time let's smash 'Blind'."

The U.K. leg of KORN's European tour with LIMP BIZKIT is scheduled to kick off tonight (Monday, December 12) in Manchester.

KORN's latest album, "The Serenity Of Suffering", was released on October 21. The follow-up to 2013's "The Paradigm Shift" marks the band's return to Roadrunner, which previously released 2010's "Korn III - Remember Who You Are" and 2011's "The Path Of Totality".

What an incredible night! Thank you so much to @rayluzierkorn and @fieldykorn for dropping by and playing Here To Stay... 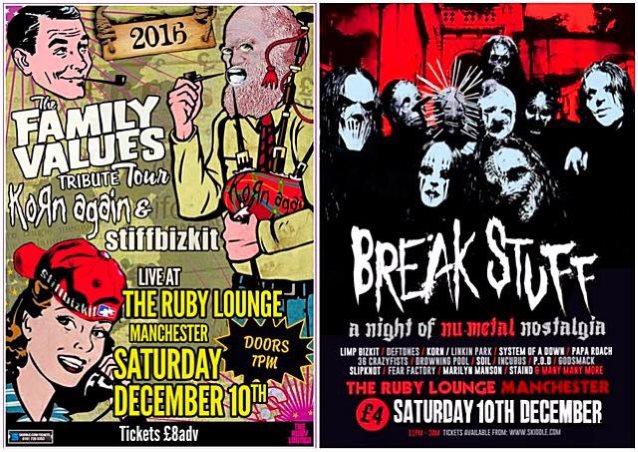