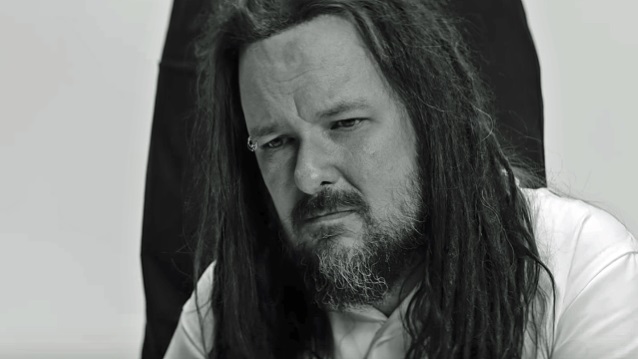 KORN Frontman Releases Music Video For 'What It Is' Solo Single

KORN frontman Jonathan Davis has released the official video for his new single, titled "What It Is". The song will be included on the soundtrack to a new film called "American Satan", out January 26. Davis has also been preparing a new solo album that is expected out this summer via Sumerian.

In addition to releasing a new solo album in 2018, Davis also revealed that he will also tour in support of the LP. He's already scheduled to appear at several European festivals, with more shows in both Europe and North America expected.