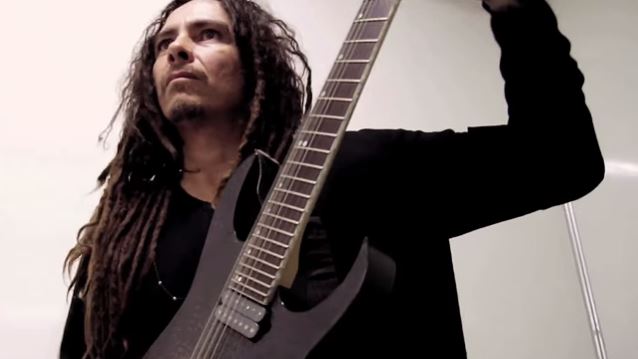 KORN guitarist James "Munky" Shaffer has confirmed to Billboard.com that the band has commenced writing material for the follow-up to 2013's "The Paradigm Shift" album.

"We're working on new music," he said. "I'd say we're about a third of the way done. We wrote about 20 songs and about 10 of those we've kept and made better. I think we're gonna need to go back in and write another batch of songs and then fine-tune those into four, five really great songs. There's no rush, which feels great. It's time to take a little extra time and make a great album. I think it's time to solidify our legacy, 'cause I'm really proud of it."

A producer has already been selected to helm KORN's new CD, but Munky says that the band "is gonna wait a couple more weeks before we announce that."

Welch was asked if some recent performances of KORN's 1994 self-titled debut in its entirety had led the band back to a heavier sound. He replied, "I think it's helped being on the SLIPKNOT tour last year and seeing the crowd and just seeing Jonathan [Davis, singer] lead the arena in all the arenas we played. I think it sparked and reminded everybody in the band what KORN started out to be."

KORN has booked a fall North American tour on which the band will perform its debut album in its entirety at every stop. The trek kicks off on October 1 in Chicago, winding down a month later on October 30 in Oakland.