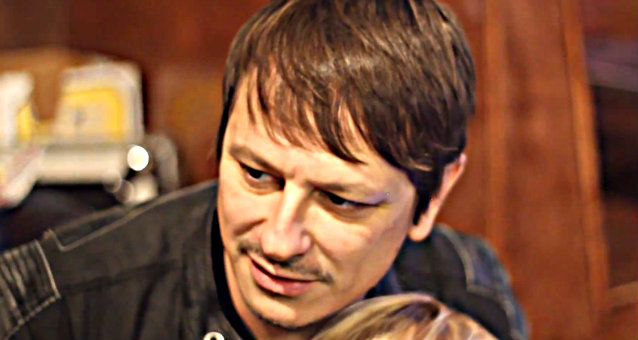 KORN drummer Ray Luzier was recently interviewed by the Nashville rock radio station 102.9 The Buzz. You can now watch the chat below.

On how he likes living in Nashville, where he moved from Los Angeles in June 2014:

On his childhood years in Pittsburgh, Pennsylvania:

Ray: "It's changed a lot. I was born and raised there. And I moved in '88 to go to L.A. to pursue music and do what I'm doing now. But, like most cities today, they've come a long way. It's building and it's really good. But there was not too much there when I was [living there]. I moved from a 118-acre farm to Hollywood Boulevard. It was a big shock, to say the least."

KORN will release a limited-edition 300-page hardcover book including photos from the archives paired with brand new notes and commentary from the members. From the stage to the dressing room to the recording studio, you’ll have unlimited access to everything that went into the band’s career so far.

For the "World Tour Edition", the Bakersfield quintet lock and load last year's critically acclaimed "The Paradigm Shift", with three brand new songs including the single "Hater", plus "The Game Is Over" and "So Unfair". In addition, it's been beefed up with a bevy of live tracks recorded all over the globe and expanded artwork.