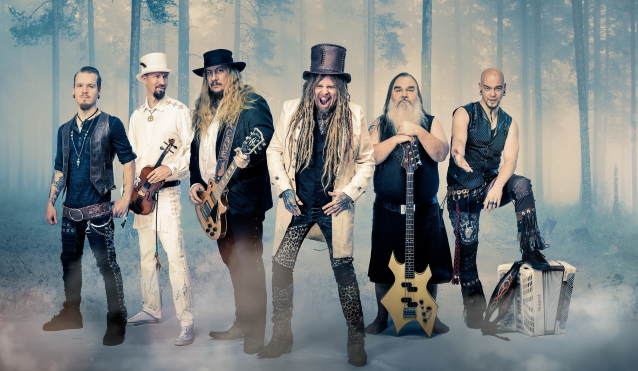 Finnish folk metal superstars KORPIKLAANI have released another adaption of their hit song "Beer Beer". The newly launched lyric video for "Beer Kill Kill", which features a guest appearance by EXODUS vocalist Steve "Zetro" Souza, can be seen below.

Souza said: "I was very excited, thrilled and honored to be asked and cannot wait to play this live with them! Trash 'Beer Beer,' time for 'Kill Kill,' EXODUS style."

KORPIKLAANI's latest studio album, "Kulkija" (Wanderer), was released in September 2018 via Nuclear Blast. Working with producer Janne Saksa for the first time, the LP was recorded at Petrax Studio (Hollola, Finland) and mixed at Sound Supreme Studios (Hämeenlinna, Finland). Mastering duties were handled by renowned engineer Svante Forsbäck (RAMMSTEIN). The cover was designed by Jan Yrlund (BATTLE BEAST, MANOWAR), who had already created several artworks for previous albums and singles for the band. 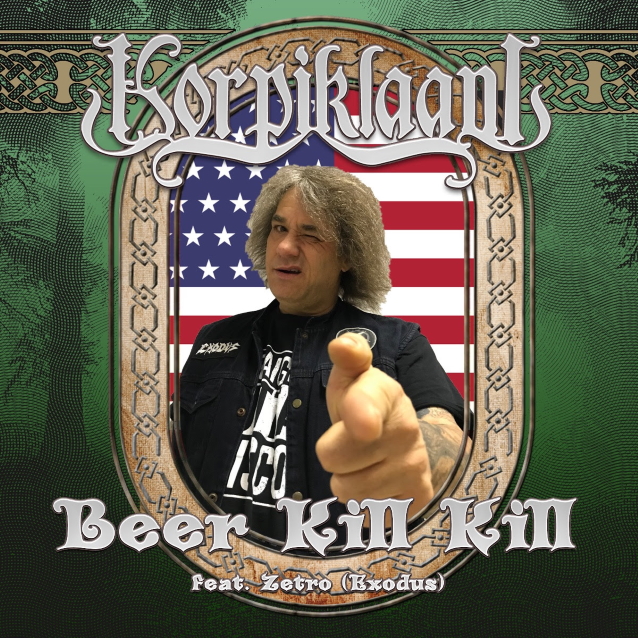