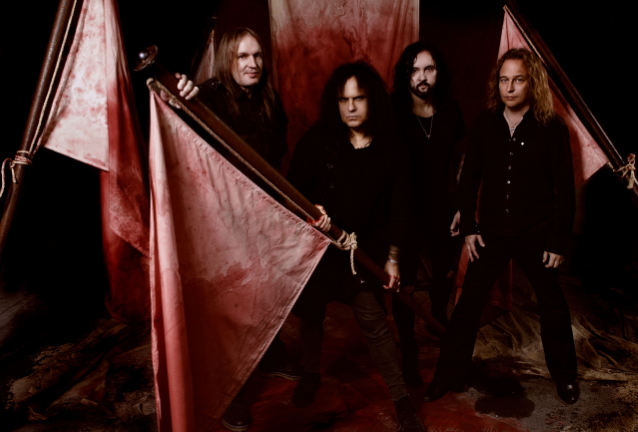 German thrash metal veterans KREATOR have released behind-the-scenes footage from the making of the music video for "Hate Über Alles", the title track of the band's upcoming fifteenth studio album. Check it out below.

"Hate Über Alles" will be made available on June 3 via Nuclear Blast. The follow-up to 2017's "Gods Of Violence" was recorded at Hansa Tonstudio in Berlin, Germany. Helming the sessions was Arthur Rizk, who has previously worked with CAVALERA CONSPIRACY, CODE ORANGE, POWER TRIP and SOULFLY, among others.

KREATOR frontman Mille Petrozza comments: "'Hate Über Alles' reflects the time we're living in. Everything is really loud and aggressive. The way we communicate has changed, thanks to social media. It causes a lot of imbalance. The world is in a state of disrepair. Life is not harmonic right now, it's disharmonic… that's where I was going with the title." 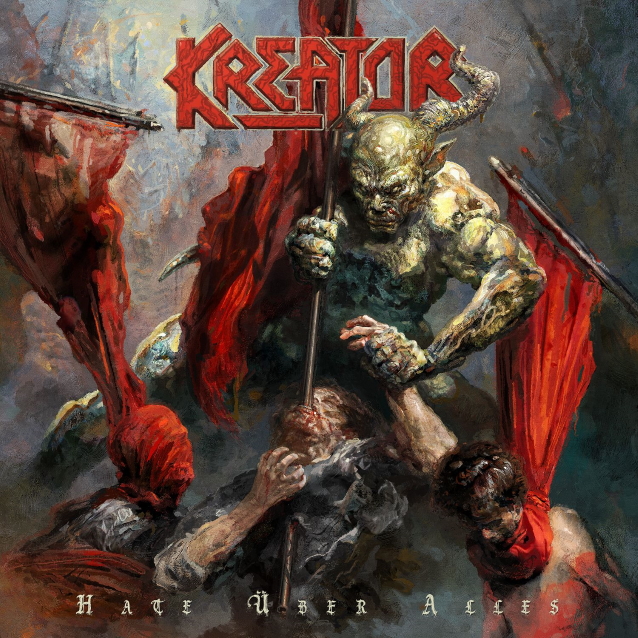