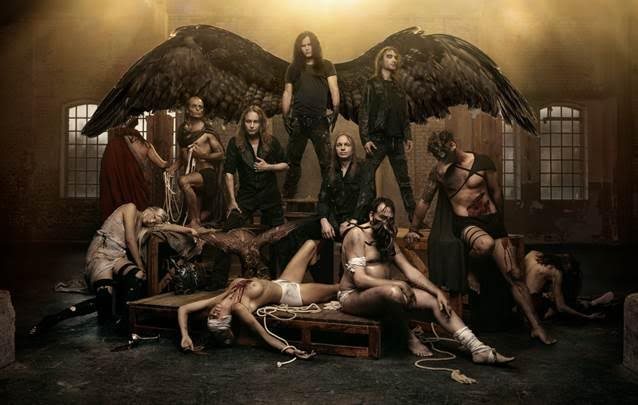 German thrash titans KREATOR will release their 14th album, "Gods Of Violence", on January 27, 2017 via Nuclear Blast Records. The cover artwork for the disc was created by renowned artist Jan Meininghaus, who also made the limited-edition artwork for KREATOR's last album, 2012's "Phantom Antichrist", and has lent his talents to bands like BOLT THROWER, ACCEPT and OVERKILL in the past. View the intimidating artwork below.

Commented KREATOR mastermind Mille Petrozza: "'Gods Of Violence' was the very first song that I wrote for this album, and it stuck to me as the title track. It contains everything that KREATOR is known for and it will blow your minds. I promise!"

Regarding the artwork, Petrozza added: "The cover of is a perfect reflection of my lyrical vision. I think this is Jan Meininghaus's best work so far."

"Gods Of Violence" will contain 11 tracks with a total running time of approximately 52 minutes.

KREATOR will tour Europe in support of the new CD beginning in early February. Guitarist/singer Mille Petrozza and his crew will be accompanied by a varied as well as iconic billing. Brazilian-American extreme metal pioneers SEPULTURA are announced to be direct support to the headliners, followed by visionary Swedish melodic death metallers SOILWORK and Belgium's finest death/grind outfit ABORTED.