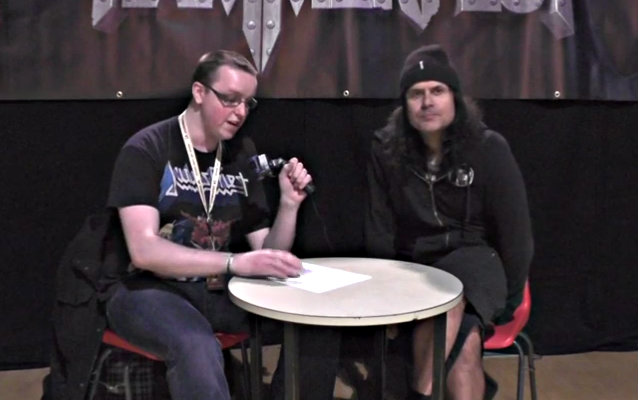 On March 15, GetYourRockOut conducted an interview with guitarist/vocalist Mille Petrozza of German thrash metal veterans KREATOR at this year's Hammerfest, which was held at Hafan y Mor Holiday Park, Caernarfonshire and Merionethshire, Wales. You can now watch the chat below.