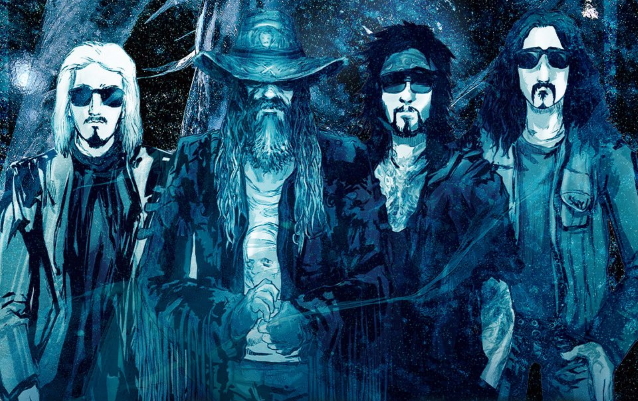 Nikki Sixx (MÖTLEY CRÜE),Rob Zombie, John 5 (ROB ZOMBIE, MARILYN MANSON) and Tommy Clufetos (OZZY OSBOURNE, BLACK SABBATH, ROB ZOMBIE) have joined forces in a new project called L.A. RATS. The quartet came together expressly to record a cover of "I've Been Everywhere" for the soundtrack to the upcoming movie "The Ice Road". "I've Been Everywhere" is a song written by Australian country singer Geoff Mack in 1959, and made popular by Lucky Starr in 1962.

When Scott Borchetta called his friend Sixx, he knew he needed something with velocity, power, and speed. Charged with helming the soundtrack for "The Ice Road", the visionary label founder wanted a rocking "psycho-billy" track to anchor an eclectic collection of songs sampling the American roots music tableau. Talking to the full-tilt bass player and songwriter about a dream collaboration between Sixx, Rob Zombie and John 5 possibly writing and executive producing a song for the film, Sixx asked Borchetta to send him an example of the kind of song he envisioned for the soundtrack. Johnny Cash's thumping "I've Been Everywhere" was already earmarked as a hopeful to be included in the film as it really synthesized everything the film was about. Nikki listened and then sent it to Zombie. Both rockers felt the iconic Cash track was the perfect song for them to record. Sixx called Borchetta back and said, "Why don't we just cut this?"

The guys were all in on the song that name-checks cities across the nation — and Zombie had the vocal gnarl to bring that weathered, long-haul tone to the song that spent 22 weeks at No. 1 for Hank Snow in 1962. Opening with an ominous audible cloud and industrial noise, a hellish train beat emerges from the lumbering aural wave. Zombie's voice slices through the ballast, authoritative and churlish. Commanding the ride that begins "I was totin' my pack along the dusty Winnemucca road," his guttural delivery morphs Cash's intensity with drummer Tommy Clufetos's crashing attack.

Laughing, Sixx says of the L.A. RATS and their affinity for this song of hard traveling, "Isn't it ironic? This song that's so rock and roll, that's so country, that's so all of it — it's the traveling circus, city to city, riff to riff, greasy cheeseburger, rinse and repeat. It's poetry based on reality — and it's something every one of us has lived.

"We wanted to bring that fire that's Johnny Cash, but it's also how do we flip it?" he continues. "So John 5 and I brought in this ZEPPELIN-y half-time thing from the beginning with Rob talking on the outro. But I also did some stuff (that suggested the original) like those big walks through the guitar parts upright player style, which is something I don't do in MÖTLEY or SIXX:A.M. We all had that freedom to go other places, and we did."

Collaborating for the track, the union of Zombie, Sixx, John 5, who was raised on "Hee Haw", and BLACK SABBATH/TED NUGENT/ALICE COOPER drummer Clufetos created a chemistry that was more than the sum of their parts. With a frisson that comes from equal parts rebellion, aggression, fierce musicianship and deep respect for the song, "I've Been Everywhere" embodies the intensity of "The Ice Road" and Neeson's performance.

"We all grew up thinking great bands don't follow the rules or drive the speed limit," Sixx explains. "When I called Rob up, he said, 'I've always loved Johnny Cash, and I've always loved this song.' I think that's what we all share: we all play live and know there's this magic (that comes from that); there's the swagger you can feel, that energy you can smell. This song has all that, and that's what we went after."

"I've Been Everywhere" is available on May 21 via Big Machine Records. You can watch the official lyric video for the track below.

Written and directed by Jonathan Hensleigh, "The Ice Road" premieres in the U.S. on Netflix on June 25. Liam Neeson, Benjamin Walker, Amber Midthunder, Marcus Thomas and Laurence Fishburne bring to life the story of a "big-rig" ice road driver (Neeson),who must lead an impossible rescue mission over a frozen ocean to save the trapped miners after a remote diamond mine collapses in far northern Canada. Contending with thawing waters and a massive storm, they discover the real threat is one they never saw coming. It was produced by Code Entertainment, ShivHans Pictures and Envision Media Arts. 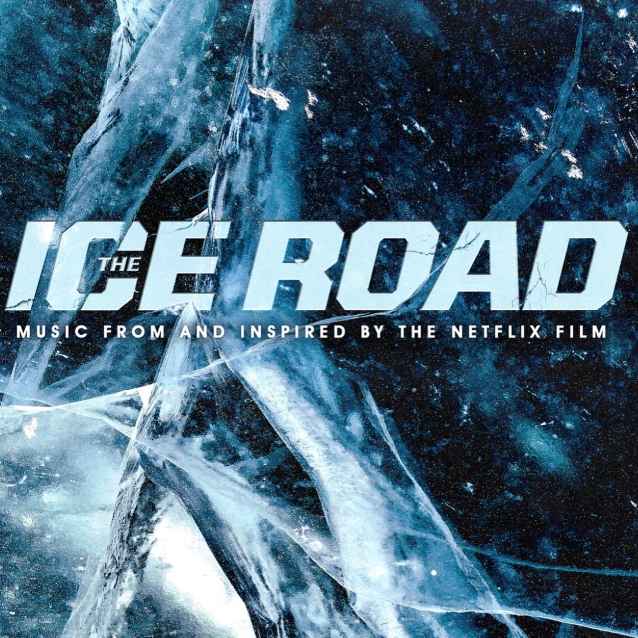 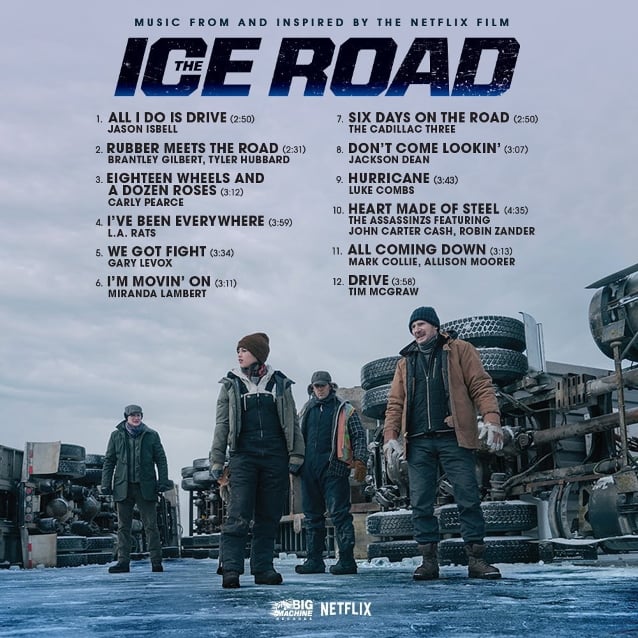