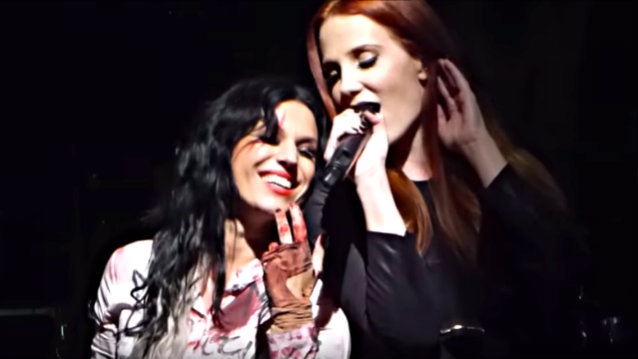 LACUNA COIL was joined by EPICA singer Simone Simons for a performance of the Italian band's song "Heaven's A Lie" this past Friday, September 29 at the PlayStation Theater in New York City. Later in the night, LACUNA COIL frontwoman Cristina Scabbia came up during EPICA's set to sing the latter group's track "Storm The Sorrow".

Fan-filmed video footage of both songs can be seen below.

LACUNA COIL's month-long tour with EPICA marks the Italian band's first U.S. tour dates in over a year, as they continue to support their latest album, 2016's "Delirium". Joining LACUNA COIL and EPICA on "The Ultimate Principle" tour are INSOMNIUM and ELANTRIS.