Italian heavy rockers LACUNA COIL have entered BRX Studio in Milan to record their new album, "Delirium", for a tentative May 2016 release via Century Media. The CD is being produced by LACUNA COIL bassist and main songwriter Marco "Maki" Coti-Zelati, with engineering by Marco Barusso and additional assistance from Dario Valentini.

"We entered the studio about a week ago, so we're at the very beginning," LACUNA COIL singer Cristina Scabbia told "Loudwire Nights" host Toni Gonzalez. "We're absolutely excited and I think everything will be completed before the end of February, I think. And the album should be out at the end of May. It's called 'Delirium' and there's tons of reasons for it."

She continued: "It's been a crazy couple of years for different reasons, for personal reasons and for a lot of things that we will disclose, or we will tell later."

Scabbia added: "It's heavier than the previous albums we did, which is kind of surprising, because a lot of bands are going the other way around and getting softer and more accessible."

Cristina previously said about the group's upcoming follow-up to last year's "Broken Crown Halo" album: "It's gonna be different. I mean, we have a slightly different lineup [following the recent departures of guitarist Cristiano 'Pizza' Migliore and drummer Cristiano 'CriZ' Mozzati], because we have a new drummer [Ryan Blake Folden] and we're gonna be working with one guitar only, so everything will be more straight to the point. We're gonna be using a lot more electronic arrangements — very weird… It's gonna be very mystique, dark… We're still deciding a lot of details, so it's hard to tell you exactly how it's gonna sound like, but so far, from the demos, it sounds like definitely a different phase of LACUNA COIL."

On the topic of the response from LACUNA COIL fans to the band's musical evolution over the years, co-vocalist Andrea Ferro said: "It's always different with us, because we kind of change a little bit every time, so we always get maybe some people disappointed in the first time, and then they listen to it and they like it. And some other [people], they love it right away. The people that are more open-minded, they're gonna like it, and the people that it takes a little bit more to get used to the new stuff, they don't like it in the beginning, but then they come [around]. That's the characteristic of our band; it's always been like that." 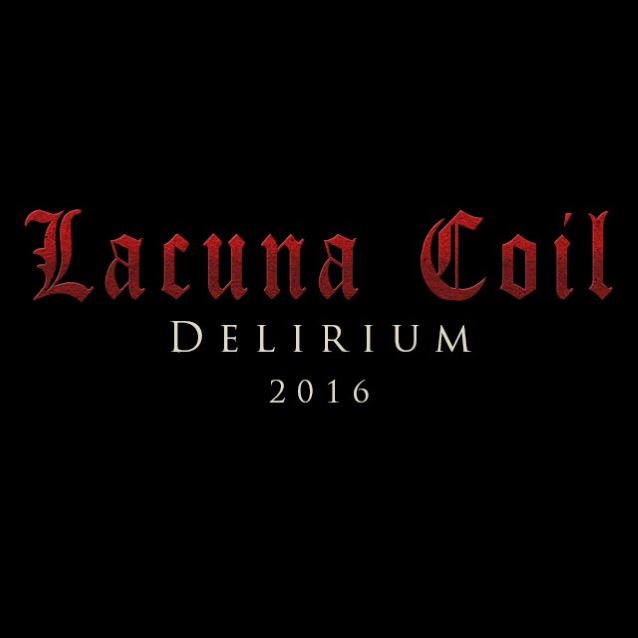