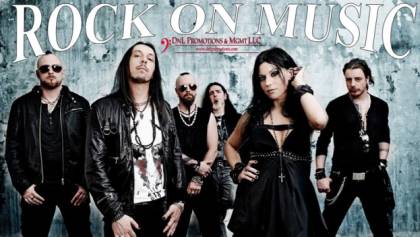 Italian heavy rockers LACUNA COIL took part in a meet-and-greet on Sunday, March 30 from 4:30 p.m. until 5:30 p.m. at Rock On Music in Mesa, Arizona. Check out video footage of the event below.

LACUNA COIL's new album, "Broken Crown Halo", is likely to sell between 9,000 and 11,000 copies in the United States in its first week of release, according to industry web site Hits Daily Double. The estimate was based on one-day sales reports compiled after the record arrived in stores on April 1 via Century Media. The chart will be unveiled on Wednesday, April 9.

"Broken Crown Halo" is LACUNA COIL's seventh studio effort and the follow-up to "Dark Adrenaline", which was released in January 2012 and saw the band tour with acts including MEGADETH, MOTÖRHEAD, VOLBEAT and SEVENDUST after debuting at No. 15 on The Billboard 200 album chart.

LACUNA COIL in February hit the road as a quintet as part of "The Hottest Chicks In Hard Rock Tour" following the departures of guitarist Cris "Pizza" Migliore and drummer Cristiano "Criz" Mozzati. Marco "Maus" Biazzi handled all guitar duties on the trek while drummer Ryan Blake Folden once again sat behind the kit. 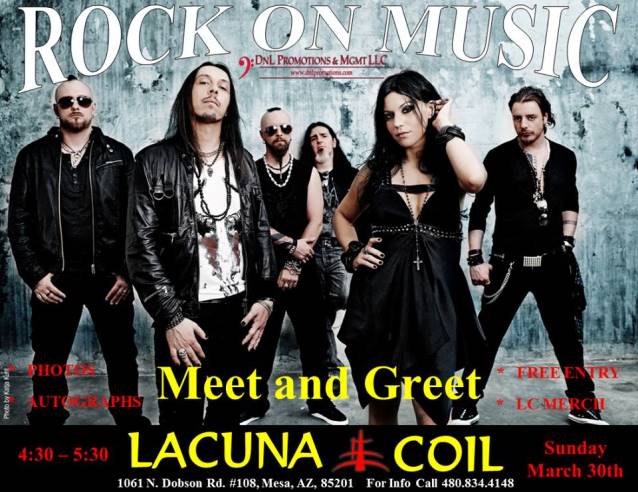