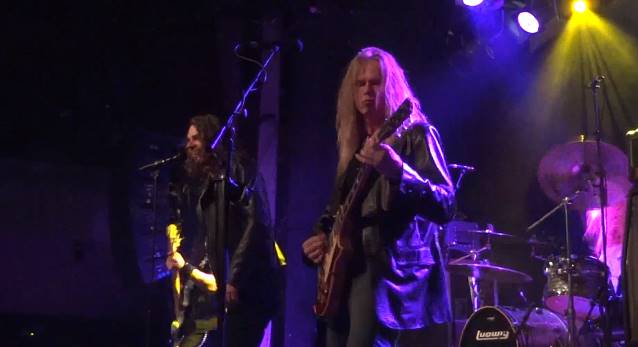 Fan-filmed video footage of VANDENBERG'S MOONKINGS' March 29 performance at Sala Arena in Madrid, Spain can be seen below.

Asked how Coverdale's guest appearance on "Vandenberg's Moonkings" came about, Adrian told Myglobalmind: "Well, David has been pushing me a lot over the last ten years to record a record. Finally, when I told him that I was working on one, David said that 'it would be an honor for me if I could sing a song on your album.' I replied that the honor would be completely mutual. David was then on the road for the whole year, so we didn't have the time to write a new song.

"I always wanted to do another version of [WHITESNAKE's] 'Sailing Ships', because I wrote the song and the music for it actually for my mom. She was always saying for me to write another acoustic song for the album. I originally intended it to be a little more understated than it ended up on the 'Slip Of The Tongue' album. I really thought that I could add something to it by making it a little bit more melancholic and more reflective. Bringing in real violins, which I had always pictured with it, so I made it a little slower. I thought it would be great to do a different version and also what I like about how it ends up on the album is that it is like a symbolic nod to my years with WHITESNAKE. I thought that it worked great, because if I had put like a new track somewhere in the middle of the album it would have been strange. David in the middle with a similar song."

Multi-talented Adrian Vandenberg — who has designed all of his album sleeves since his very first record with TEASER at the age of 22 — took care of the artwork for this record. 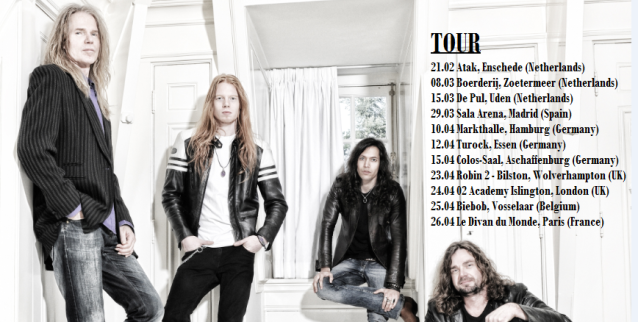