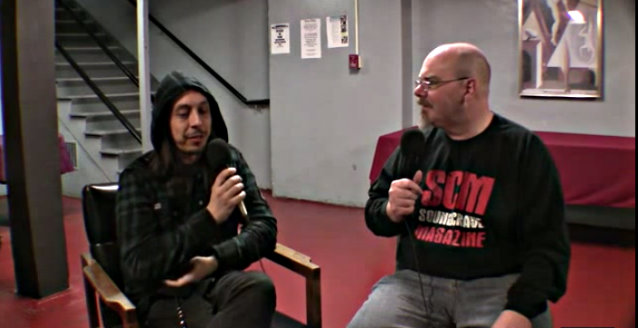 On March 16, Soundcrave Magazine writer John Baxter conducted an interview with singer Andrea Ferro of Italian heavy rockers LACUNA COIL in Portland, Oregon. You can now watch the chat below.