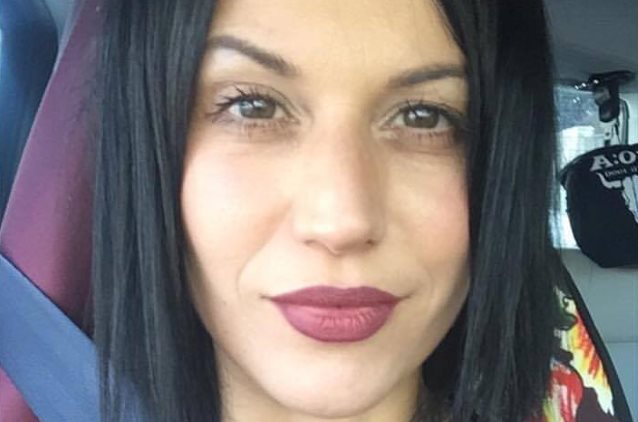 LACUNA COIL's CRISTINA SCABBIA: 'I Will Never Talk S**t About People Who Are Depressed Or Who Committed Suicide'

Cristina Scabbia of Italian heavy rockers LACUNA COIL, whose latest album, "Delirium", deals with many issues surrounding mental health, spoke to Metalholic about the social stigma that is currently associated with depression, addiction and trauma, particularly in the wake of the recent deaths of Chester Bennington and Chris Cornell.

"I think there is a stigma because we don't know much about it," the singer said. "And it's just really hard to connect with people who are severely mentally ill. And also, if you think about mental illness, it's such a deep and vast field — from depression to dementia to people that are damaged because they had cancer or they've been having surgery on their heads and radiotherapy, chemotherapy. There is so much about it, and it's really, really hard to understand people who are severely hit by mental illnesses. So I don't judge. Of course, I know what I know from my point of view, from my experience, but I will never talk shit about people who are depressed or committed suicide only because it's hard for me to relate.

"Sometimes it's easy for the people to judge other people just because, 'Oh, I can't understand why it happened. I would have never done this,'" she continued. "Yeah, you would have never done this, because you don't understand what they're going through. You're not in their heads, you don't know what they're experiencing. So it's a really, really hard topic to choose. And when we did 'Delirium', it was really important for us to treat it in the most respectful and delicate way possible. Because you can try to send a positive message and to try to tell people, 'Oh, you should be positive all the time, you should be happy, you should overcome depression,' and everything, but it's not as easy as you speak. It's way deeper than that and more complicated than this."

LACUNA COIL is working on their first-ever book, titled "Nothing Stands In Our Way", to be published around the world early in 2018.

LACUNA COIL co-vocalist Andrea Ferro recently told the Impact metal channel that fans will have to wait at least a couple of years for the follow-up to 2016's "Delirium" album. "Next year's gonna be twenty years of LACUNA COIL, so first we're preparing some surprises for next year, and then after that maybe we'll start working on a new record," he said. "So I don't think there will be a new record at least until 2019."