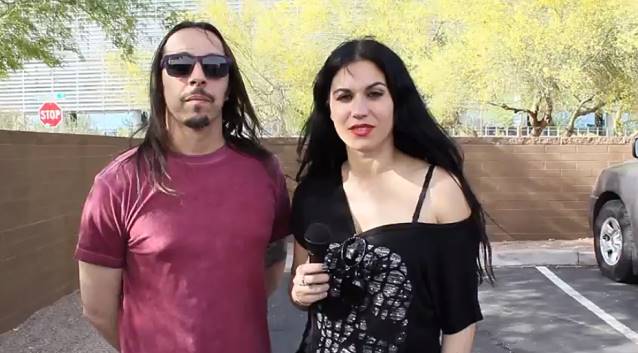 The Age Of Metal conducted an interview with vocalists Andrea Ferro and Cristina Scabbia of Italian heavy rockers LACUNA COIL prior to the band's March 30 concert in Tempe, Arizona. You can now watch the chat below.