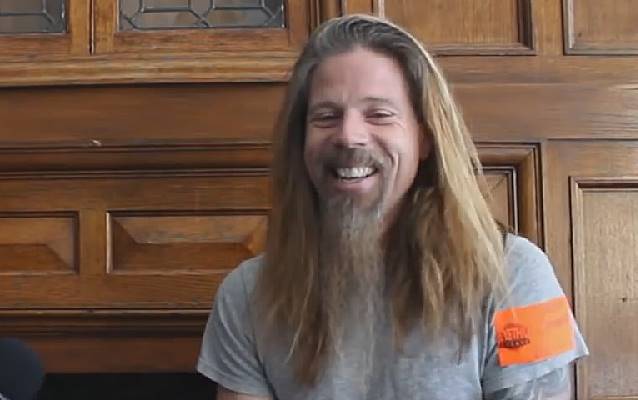 Drummer Chris Adler of Richmond, Virginia metallers LAMB OF GOD and director Don Argott were interviewed on the February 21-23 edition of Full Metal Jackie's nationally syndicated radio show. You can now listen to the chat using the Podbean widget below.

LAMB OF GOD recently entered into a worldwide distribution deal with Specticast (LED ZEPPELIN's "Celebration Day", Paul McCartney's "Rock Show") for its Don Argott-directed ("Last Days Here", "Art Of The Steal", "School Of Rock") feature film "As The Palaces Burn". Filming for the movie began in 2012 and concluded in March of 2013.