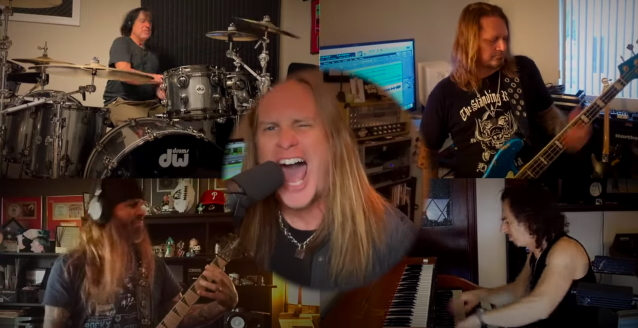 Phil uploaded the video to his YouTube channel, writing in an accompanying message: "Ronnie [Montrose] has been a huge influence since I heard my cousin Ron play 'Make It Last' back in the mid-70s. The self-titled 'Montrose' became my go-to album as I did my paper route and carried by tape recorder around my neck. His tasteful bends and soulful vibrato have always been what I strive for and when I heard Gamma 1, I thought his playing was perfect.

"The 5 of us played this song together at the Ronnie Montrose Remembered show last January in Anahiem and afterward we all agreed that we needed to jam together again. The vibe was strong. I felt humbled and honored that these amazing musicians connected on this level and as many of them were part of Ronnie's musical Family, it made it that much more special to be included. His loss was crushing to many fans, fellow musos and especially his family who are working hard to keep his legacy present.

"I hope you enjoy our tribute to one of our heroes. Thank you for all you've shown us, Ronnie. Much respect.