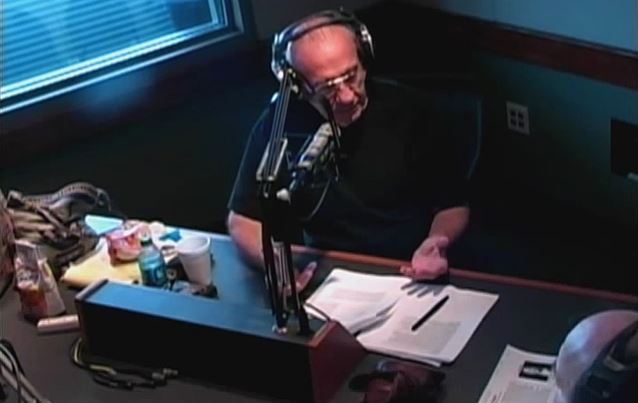 On this past weekend's edition of his radio show "Rock 50", legendary BLACK SABBATH drummer Bill Ward remembered the tragedy of 9/11 and he discusses the current terrorist threats and how music relates to such events.

Said Bill: "I wanted to play something really powerful today, and so I went to what I think is some of the best stuff in music that we've got, just to show the music and the spirit of music, and the spirit of humanness. And just the power of it all seems so large in comparison to the puny efforts of individuals who want to hurt and maim others. And that music, what we played today, is to honor those who died on 9/11 and those who lived and who still live today and are overcoming the losses. But because there's been something in the news lately about other terrorist groups — which I'm not even gonna give them the credit and mention the name — but I wanted to play something very powerful today and make a powerful statement, and I hope it does. Because music is so strong and music has lived through everything. We've taken on everything through music — Vietnam, World War II, World War I, Civil War… Music, music, music, music all the way through, so what the heck…"

Check out a highlights video below.

You can listen to the entire show at this location.

"Rock 50" with Bill Ward is a monthly show that features hardcore and classic metal presented by one of the originators of the "heavy metal" sound, originating from the beautiful LA Radio Studio overlooking the L.A. Harbor in the historic Ports 'O Call Village in San Pedro, California.

SABBATH has used Ozzy's regular touring drummer Tommy Clufetos since then for live work. RAGE AGAINST THE MACHINE's Brad Wilk laid down the drum tracks on SABBATH's new album, "13", which came out in June 2013.