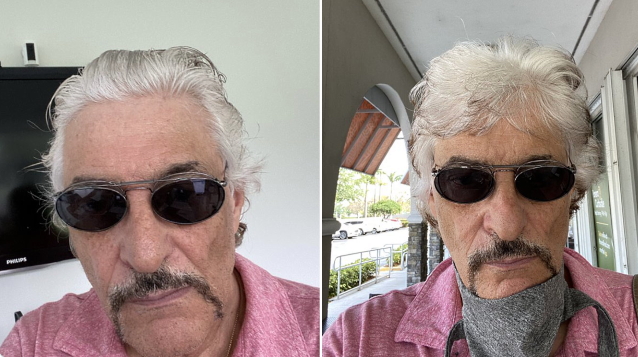 Earlier today, the 74-year-old rocker took to his Twitter to share a couple of photos of his new look, and he included the following message: "Tired of dying my hair black and purple. What do ya think regarding my new image . Let me know ....At least I have hair right ?"

Tired of dying my hair black and purple.
What do ya think regarding my new image . Let me know ....At least I have hair right ?😊🤪 pic.twitter.com/X7ivoAbiiA