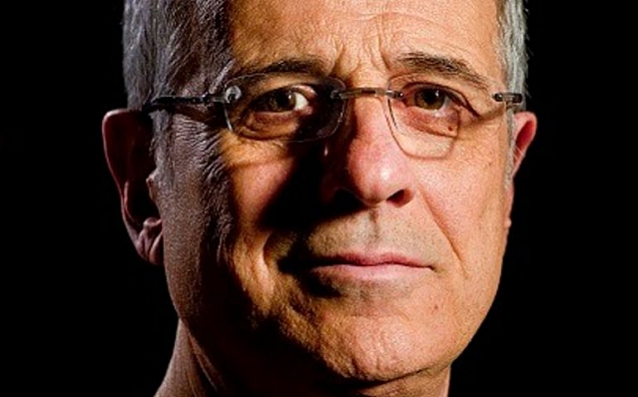 Publishing giant Primary Wave Music Publishing has acquired the music publishing and other rights of the legendary producer, arranger and songwriter Bob Ezrin. Ezrin-produced albums include Alice Cooper's "Welcome To My Nightmare", KISS's "Destroyer", PINK FLOYD's "The Wall" and Andrea Bocelli's "Sí", all No. 1 albums, among many other chart toppers. Ezrin's music publishing includes all songs he has written/co-written such as KISS's "Detroit Rock City", "Beth" and "Shout It Out Loud", PINK FLOYD's "The Trial" and "Learning To Fly", as well as the JANE'S ADDICTION song "Superhero", which is best known as the theme song for HBO's award-winning series "Entourage".

"This was a good time in my career to consolidate my complex portfolio of diverse rights for the sake of my family and my estate" says Ezrin. He continues: "Larry and all the folks at Primary Wave have been terrific partners in this effort and I am extremely happy with the results. Plus, on top of rationalizing the past, they also presented me with a solid vision for the future that I am very excited about — since I intend to keep creating for many years to come!"

"We are beyond excited about partnering with the legendary Bob Ezrin," says Lawrence Mestel, CEO/founder of Primary Wave Music Publishing. He goes on, "Bob continues to be one of the most sought-after producers in the world. His talent is unparalleled and his body of work is extraordinary. We are delighted to welcome him to the Primary Wave family."

The phrase "super-producer" is often used when discussing Bob Ezrin — and with good reason. In a legendary career that spans nearly 50 years, the Toronto-born Ezrin has worked around the world as a music and entertainment producer, personality and entrepreneur. Throughout his five decades in the industry, Ezrin has worked on recordings, TV, film, and live events for a wide variety of artists, including Andrea Bocelli, PINK FLOYD, Alice Cooper, DEEP PURPLE, KISS, Lou Reed, U2, Jay-Z, Peter Gabriel, 2CELLOS, THE TENORS, AEROSMITH, HOLLYWOOD VAMPIRES, DEFTONES, Rod Stewart, NINE INCH NAILS, Pete Seeger, and many others and he remains one of the most sought-after producers in the world today. Beginning his career at the age of 8, Bob worked in TV and radio in Toronto as both an on-screen and voice-over performer. During his teen years, he was a folk musician playing the same clubs as Joni Mitchell, Gordon Lightfoot and Neil Young. By the age of 21, he was not only producing major rock bands under the tutelage of Jack Richardson, but he formed a friendship with Alice Cooper which would ultimately lead to a nearly 50-year creative partnership that continues today.

In 2004, Bob was inducted into the Canadian Music Hall Of Fame and, two years later, he was inducted into the Canadian Music Industry Hall Of Fame. 2012 saw Bob being named as a Fellow of the Royal Conservatory of Music in Toronto. A year later he was inducted into Canada's Walk Of Fame. Bob is a co-founder of Wow Unlimited Media Inc. and The Nimbus School of Media Arts, both in Vancouver, B.C., and he co-founded 7th Level Inc. in Richardson, Texas and Enigma Digital in Los Angeles, California, both seminal companies in interactive entertainment, education and social media. He served as co-chairman of Clear Channel Interactive and chairman of Live Nation Artists Records.

Ezrin's passion extends far beyond the recording studio. He currently sits on the boards of directors of In Place of War in Manchester, U.K. and Los Angeles; The Canadian Journalism Foundation in Toronto; The Mr. Holland's Opus Foundation in Los Angeles; is an eco-activist in Canada and the U.S., Chairman Emeritus of the Los Angeles Mentoring Partnership and, along with the Edge of U2, the co-founder of Music Rising, an initiative to replace musical instruments that are lost in natural disasters. He and his wife Jan are Leadership Circle members of MusiCounts in Toronto. He is also a "Water Warrior" for UNICEF in Guinea, Africa and a major proponent of mental health awareness and suicide prevention.

The Ezrins live in Nashville and Toronto.