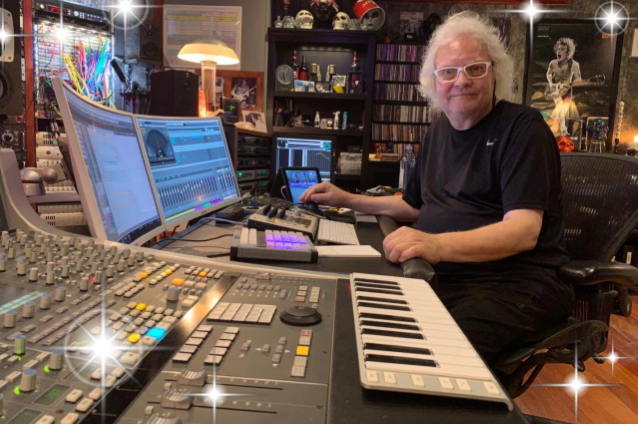 Earlier today, Wagener took to his Facebook page to write: "Hello everybody. I have now been active in the music business for over 50 years and I think it’s time to retire and get out and catch up on some vacations.

"I have sold the studio and Double Trouble Productions does no longer exist as an official company.

"I had an amazing time and met a ton of wonderful people and I am thankful for having been able to work with such great musicians and create such wonderful music. Now it's time to see some more of the world.

"This site will eventually disappear. No more mixes, productions and workshops.

"The studio has been sold and except for some guitars, amps and minimal studio gear there is not much left here.

"I want to thank you all for allowing me to live a great life and to do what I love. I am looking at a future of lots of traveling; it has been a great trip so far."

Wagener was the original guitarist for the German band ACCEPT. When he turned 18, he was drafted into the German army and was stationed 350 miles away from home. This made it difficult for him to practice with the rest of the band and hence he quit. After completing his military service, Wagener began working as an audio engineer in Hamburg in 1972. Through a friendship with singer Don Dokken, Wagener moved to Los Angeles. In 1981 he produced the first DOKKEN album and would go on to work on such seminal albums as SKID ROW's self-titled debut, which sold five million copies in the U.S. alone, and OZZY OSBOURNE's "No More Tears", which sold seven million in the U.S. Wagener also mixed METALLICA's classic third album, 1986's "Master Of Puppets".

I have now been active in the music business for over 50 years and I think it’s time to retire and get...