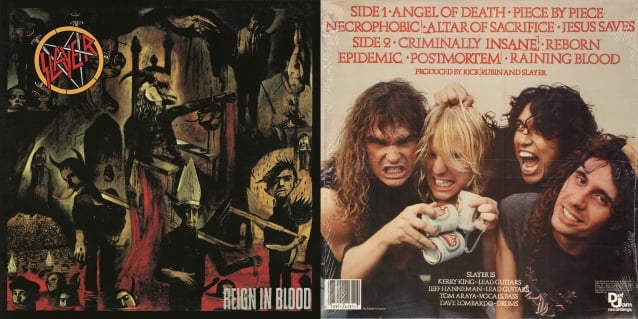 Lawrence "Larry" Carroll, the Australian-born, American-raised painter who was responsible for creating the cover artwork for SLAYER's "Reign In Blood", "South Of Heaven", "Seasons In The Abyss" and "Christ Illusion" albums, has died at the age of 65. His death on Tuesday morning was announced by his Cologne gallery, Karsten Greve, which has represented the artist since 1999.

Carroll began working with SLAYER in 1986 after he was contacted by producer Rick Rubin, who had signed the legendary thrash metal outfit to Def Jam Recordings.

"Not many art directors were lining up to ask me to illustrate the next AEROSMITH or Sting album," Carroll recalled in a 2010 Revolver magazine interview. "I think they were afraid of what they would get. I was always told my work was too dark for most folks. So SLAYER was a good fit for me."

Carroll told Revolver that all the pieces he created for SLAYER were mixed-media works. "The materials I use are often acrylic, oil, and collaged photocopied drawings," he explained. "I often make drawings and then photocopy them on a Xerox machine, something I have been doing since the mid '70s. I enlarge and multiply them if needed. Now they have Photoshop, [but] what I was doing was much more organic and physical. I still prefer this to the computer."

SLAYER guitarist Kerry King told Revolver that he "thought it put a cool spin on things" to enlist Carroll to produce the cover art for "Christ Illusion", which ended up being the band's first with original drummer Dave Lombardo since "Seasons In The Abyss". "The last time we worked with him was the last time we worked with Dave," King said. "It was just a matter of finding him and seeing if he was still into it."

According to Artforum, Carroll's work is in the collections of the Solomon R. Guggenheim Museum, New York; the Museum of Contemporary Art, Los Angeles; Stuttgart City Gallery; the Vatican Museums, Rome; and the Museo Cantonale d'Arte, Lugano. An exhibition of his photographic work is currently on view at the Fondazione Rolla in Bruzella, Switzerland, and a solo exhibition of his work opens Friday at Galerie Karsten Greve in Cologne.

Lawrence Carroll was a friend and mentor, and one of the most important illustrators of the 20th century. Its hard to... 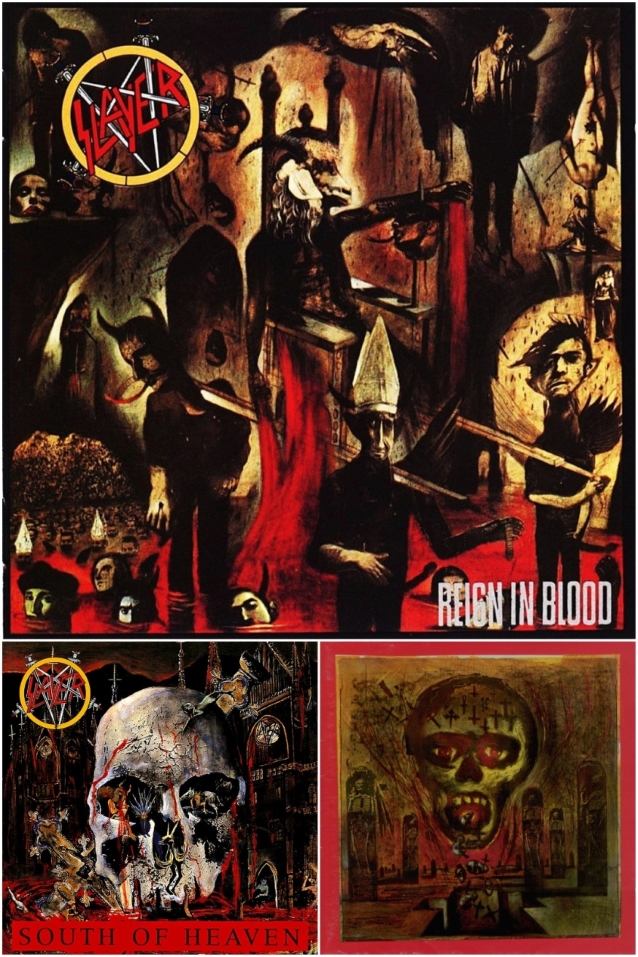