The film follows Ace (Lemmy),the head vampire in charge of a secret organization in Hollywood where parties are held, musicians gather and blood flows freely! However, due to a few rebels in his midst, humans are starting to catch on to his vampire ways. In an attempt to keep a lid on his organization, Ace enlists the help of Frankie (Jeremy),Sophia (Dollar),and Mr. Cross (Donavan) to stop the leak of information. Everyone is now in danger as passions get out of control, bodies are invaded and loyalties are put to the limit.

The original motion picture soundtrack for "Sunset Society" is also available from Cleopatra Records and features music from Lemmy, Stephen Pearcy (RATT),Jürgen Engler (DIE KRUPPS),Jyrki 69 (THE 69 EYES),THOR, ELECTRIC HELLFIRE CLUB and more! The soundtrack is available as part of the Blu-ray/DVD Home Entertainment version and also as a standalone digital download and vinyl LP version (due on August 17). "Sunset Society" will also be released on VOD, DVD, and Blu-ray on July 24. 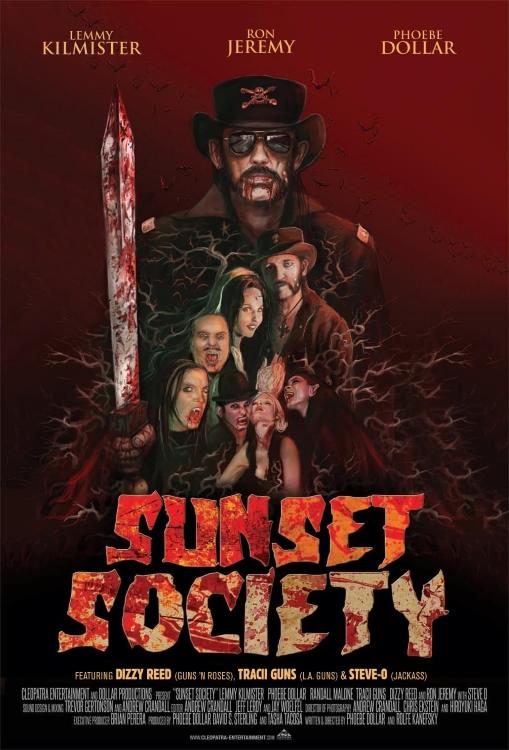