MOTÖRHEAD was forced to cancel its concert in Salt Lake City earlier tonight (Thursday, August 27) after playing only three or four songs due to the fact that the band's frontman, Lemmy Kilmister, was not feeling well. Various reports indicate that he complained to the crowd that he couldn't breathe and/or was experiencing severe back pain prior to stopping the show and leaving the stage.

A statement on the official MOTÖRHEADFacebook page gave the following explanation for why the Salt Lake City concert was cut short: "The people are great, but the air is just too thin. The high altitude makes it difficult for breathing, and that's what happened with Lemmy tonight in Salt Lake City. He feels very bad to have cut the show short, but being that high up, he had some trouble breathing well. Lemmy appreciates everyone's concern. The fans always rally round!"

Lemmy's problems with the air in Salt Lake City raise concerns about his ability to perform at Friday's (August 28) scheduled show in Denver, Colorado. Salt Lake's altitude is listed at 4,300 feet, which is approximately lower than that of the "Mile-High City," which rises to about 5,300 feet above sea level.

Lemmy, who turned 69 years old in December, in 2013 suffered a haematoma (where blood collects outside of a blood vessel),causing the cancelation of a number of the band's European festival shows. The band has since scrapped a couple of tours and, during last year's Wacken Open Air festival in Germany, abandoned its set midway through so Lemmy could be taken to the hospital.

"I've had some health scares," Lemmy told Kerrang! for last week's issue of the U.K. magazine, "and I've had to really cut back on smoking and drinking and whatever. But it is what it is. I've had a good life, a good run. I do what I do still. I'm sure I'll die on the road, one way or another."

Asked if he is afraid of death, Lemmy said, "No."

The rocker told Classic Rock he didn't expect to still be here at 30,

Asked if his illness in 2013 has made him more aware of his own mortality, Lemmy said: "Death is an inevitability, isn't it? You become more aware of that when you get to my age. I don't worry about it. I'm ready for it. When I go, I want to go doing what I do best. If I died tomorrow, I couldn't complain. It's been good." 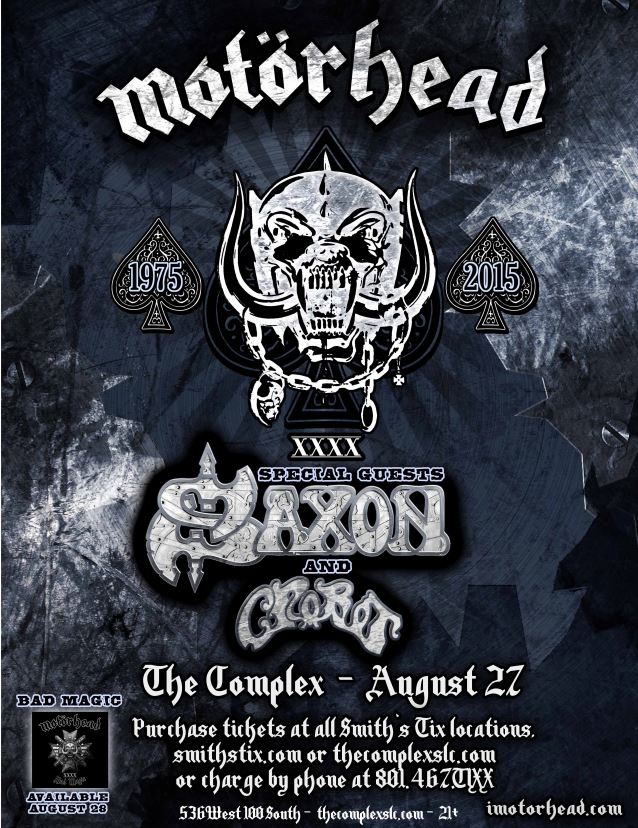