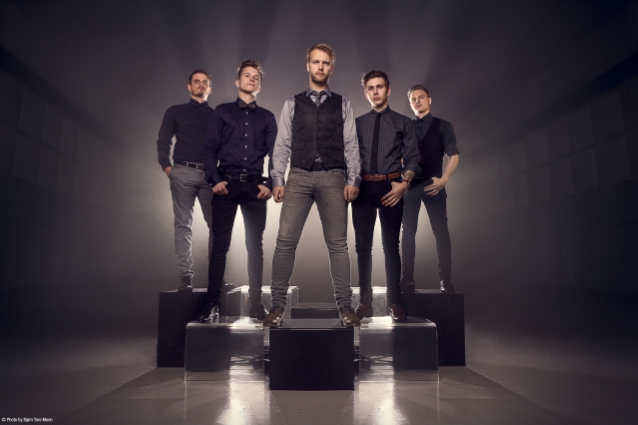 Norwegian progressive rockers LEPROUS have entered the studio to begin recording their sixth album, due later in the year via InsideOut Music.

LEPROUS drummer Baard Kolstad commented: "We entered the studio to record the drums for half of the album last week with David Castillo at Ghostward/Fascination Street Studios, same studio as we recorded the two latest studio albums. As an over-autistic control freak I am when recording myself, this time around I had more time than ever to perfectionise and experiment with my sound almost without compromises, so a big thanks to Einar and David for their patience! We also recorded one song together, drums and bass, something neither LEPROUS or I have ever done before. Feeling very good to leave the drum recording for now, focusing on the last half of the album to be recorded in May. I'm so looking forward to hear the outcome just in a few days when the guitarists have put their touch. Will be a different LEPROUS album for sure, but still LEPROUS!"

In a recent interview with Rolling Stone India, LEPROUS singer and keyboardist Einar Solberg said the band's next record would "take a pretty controversial direction."

After touring restlessly across European and North America, LEPROUS is currently on its debut tour of Latin America as the next step of its touring cycle for the current and much-acclaimed album release "Malina".