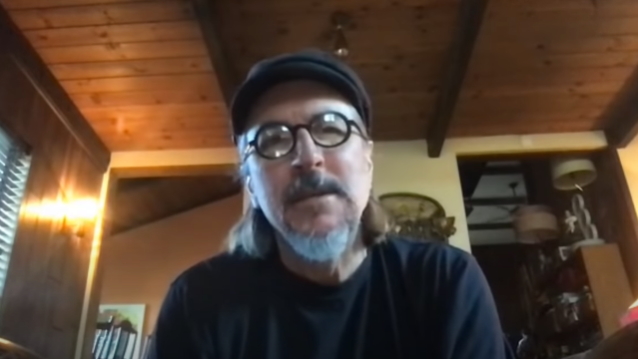 PRIMUS frontman Les Claypool spoke to Goldmine magazine about auditioning for the then-vacant bassist slot in METALLICA following the September 1986 death of the group's previous bassist, Cliff Burton. Asked if he thinks that being passed over by METALLICA in the end turned out to be a blessing, as it allowed him to pursue different creative paths, Les said: "At the time I didn't think that. I thought that I would be able to quit my carpentry job and head to Japan. But there's a reason why they didn't pick me. I didn't fit and they saw that. I had my own thing going and it was a wise move on their part. And even when it came up again [following Jason Newsted's departure], they knew that I wasn't the right guy for it and they got the perfect person. Robert [Trujillo] is one of the nicest humans that I have ever met in the music industry and he's a monster bass player."

Back in May 2021, Claypool was asked by Kerrang! magazine if it's true that when he auditioned for METALLICA, James Hetfield said something like, "Man, you're much too talented. Go do something wonderfully weird on your own." Les said: "He definitely did not say that. He said that later on in an interview, which was very kind of him. I think they thought I was a freak. They were very nice — Lars [Ulrich, drums] was particularly kind — and, of course, I knew Kirk [Hammett, guitar] from high school. But I think that James thought I was some sort of thug. Put it this way, I definitely didn't look the part."

According to Les, he "wasn't really into metal at the time" of his METALLICA audition. "I just knew that it was my buddy Kirk's band and that they were doing really well," he said. "It wasn't until the audition that I got a sense of what was really going on. It was a bit of a heavy thing, the audition, and I didn't realize until I got there that it was kind of a big deal. Afterwards I fantasized about quitting my carpentry job and touring Japan with them, but I didn't get the gig."

Asked what METALLICA would have sounded like with him as one quarter of the band, Les said: "Well, however it would have sounded, I would have only lasted for a month or two before they kicked me out. They've got enough chefs in the kitchen in that band — they don't need a guy like me."

Claypool later told Citypages about Hetfield's comments: "I'd say, that's an untrue story. I mean, James said on VH1 'Behind The Music' that I was just too good, but ah, he and I were hanging out quite a bit during that time when they did the VH1 interview. And I said, 'What the hell are you guys talking about? You didn't want me. You thought I was a freak!' And he just laughed. Ya know, I showed up with a bleach blonde mohawk and wearing baggy skater pants, and two different colored tennis shoes. They were all in black with tight pants and the whole bit."

Burton's initial replacement in the group was Jason Newsted, who stayed in the lineup until 2001. Trujillo joined in 2003 and remains in the band to this day.