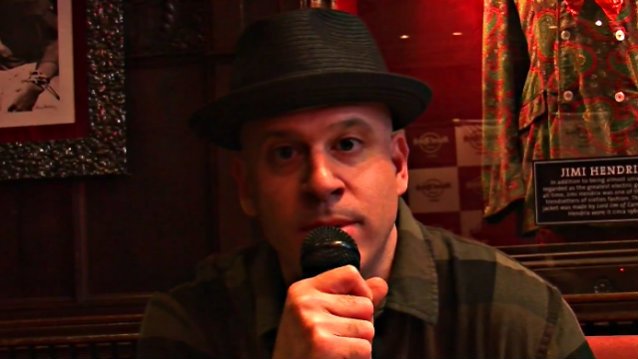 Alan: "We stopped playing in 2011, I think that was our last show. Mina [Caputo, vocals] had come out [as transgender] and I think we all needed time to process us that. It was a shock to us. We just needed to reassemble our friendships because we needed to get back to a place where we were honest with each other. Once we reconciled, our booking agent had asked us if we'd be interested in playing more shows because the Alcatraz [Hard Rock & Metal] Festival in Belgium had offered the opportunity for us to play with MARILYN MANSON and that interested us. We decided that would be the first show back and that was 2014. It was fantastic. It was a completely positive experience and overwhelmingly positive to the point that we were having so much fun, we didn't want to stop. We just continued to play all over, including Hellfest, which we had a great time. Then we were offered a record deal from Napalm [Records]. We weren't really looking to do a new album. We were just having fun playing live and touring around. They let us record and produce on our own terms. That excited us. They gave us the freedom and respect to do what we do and be the artists that we are. They had a lot of faith in us because they never even heard a demo for the material. The first time they heard the album was when it was completed."

On returning to the studio to record "A Place With No More Pain":

Alan: "It was a completely different experience for us. First of all, we brought in the producer, Matt Brown, instead of some big name that's recorded METALLICA or anybody else we had in the past. That was a big change to work with someone that we knew, someone that knew us very well, someone that we respected his ears and his skills and abilities to capture sound from a technical standpoint. He's also a great guitar player in his own right. He was kinda the fifth member of the band throughout the whole process. The whole writing process was pushing each other to get the most out of each other and making sure that every part in every song was at its full potential. We had one rule that if someone in the band didn't like a part, we would work on it to make it better or we wouldn't use it. That's why we're so happy with the album because everyone got to voice their opinion on every single part and every single vocal line. I think halfway through the recording process, we had so much faith in each other and confidence in each other, and things just went so smoothly as opposed to records where there was a lot of label pressure to sound a certain way, or concern of 'Do we have enough radio singles?' Things we shouldn't concern ourselves with being creative with more business-minded ideas."

On how he expects fans to react to the new album:

Alan: "I don't really have any expectations. I think that's the beauty of doing a record like this because we've been around for 25 years and we've always did this thing for ourselves and if someone got something out of it, great, and if they didn't, too bad. These are very personal songs from a very honest place. Sure, the hope is that our fans would understand that and recognize that it is real and they will like it, but that wasn't the goal."

On how LIFE OF AGONY will blend new and old songs into their setlist:

Alan: "[It will be] a mixture of both. We've been practicing a bunch of new songs to put them in the set, so we're excited to finally play them live. It will be cool."

"A Place Where There's No More Pain" will be released on April 28 via Napalm. 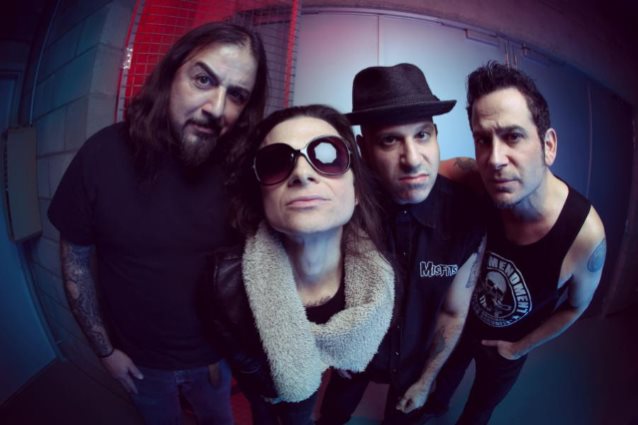