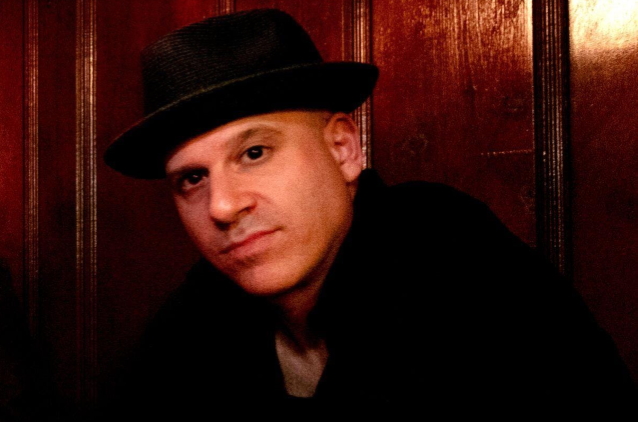 LIFE OF AGONY's ALAN ROBERT: 'I've Never Been Shy About My Own Depression'

Pedro from A&P-Reacts recently conducted an interview with LIFE OF AGONY bassist Alan Robert. You can watch the entire chat below. A few excerpts follow (transcribed by BLABBERMOUTH.NET).

On the response to LIFE OF AGONY's latest studio album, "The Sound Of Scars":

Alan: "It's been amazing. Even before the record came out, we started playing a new song, 'Empty Hole'. The circle pits that erupted every night just from the very first note has been really validating that we are on the right path with the new music and the direction that we went to with 'The Sound Of Scars'."

On whether it was difficult to write and record "The Sound Of Scars" considering its concept is a continuation of LIFE OF AGONY's seminal 1993 album, "River Runs Red":

Alan: "It came along really organically, actually. We were about, I think, three or four songs deep in the writing process when I brought up the idea to the band to make this a concept record. Everyone really liked it. It just made sense. Lyrically, there were already hints within the lyrics of reflecting on your past and coping with things that haunt you from your past. There was this commonality between the songs we were writing that it just made sense. We met so many fans over the years that the music has helped them get through some dark times. A lot of survivors and we're survivors in a lot of ways. That's what this whole record is about. What if the troubled teen on 'River Runs Red' survived? Really taking that idea and really exploring it in every sense."

On why it took LIFE OF AGONY 26 years to revisit the storyline from "River Runs Red":

Alan: "Everything that we do, you've gotta really believe in. If you don't, there's no point in doing it. This is just an idea that happened that we all felt right to us in our hearts to revisit the narrative, but take the music in a different direction. We never wanted a copy of what we've done before. We want to evolve and explore new things. Sure, there's elements in the music — we listened to the old records when our new drummer [Veronica Bellino] joined the band. It reminded us of certain songwriting elements that we kind of abandoned along the way. That was kind of eye-opening to us, like, 'How come we don't do these heavy background vocals anymore? How come we don't have these odd-time breakdowns?' As you write from record to record, we don't go back and listen to our own stuff, but when Veronica joined the band, it gave us an opportunity to really listen to the older stuff with fresh ears. We learned from it. We love playing those songs live — those old songs with the background vocals and stuff. It's so much fun to play live. It would be great to be able to do that with the new material, too. You'll see later tonight the new stuff fits with the old stuff in the same set so smoothly. It complements each other."

On whether he feels "The Sound Of Scars" becomes more "emotional" as it progresses:

Alan: "The sequencing is definitely a big part of the whole concept record. It tells a story and it takes you from point A to point B. There's certain things that happen throughout the album that have highs and lows. That was done purposely. Everything that we've done to create this record was very thought-out. Even going across the country to record drums with Sylvia Massy. She's a producer we wanted to work with, I think, going back to the 'Ugly' record. She was on our list. Scheduling never worked out. Then we mastered analog as opposed to digitally with Howie Weinberg who did 'Master Of Puppets' [METALLICA] and NIRVANA's 'Nevermind'. We were very specific about the tones and the sounds that we wanted to capture for the record. It does have more of a '90s feel than some of these slicker new rock records. That was done purposely to really capture that warmth, that body, those organic drum sounds. You put on the record and you know what record it is. It's not just a cookie-cutter, the sound that's been done before time and time again. It has a unique sound and that's what we were after."

On whether "The Sound Of Scars" album title has a literal meaning for the members of LIFE OF AGONY:

Alan: "Yeah. As you know, every song that we write is so personal and honest, and brutally honest at times. It represents a lot of scars and a lot of trauma and overcoming issues in your life. I think it's done in a way that a lot of people can relate because the feedback that we've gotten from our fans over many, many years now is that people needed a LIFE OF AGONY record when they felt most alone. By listening to the songs, they felt less alone. That's what pulled them out of the dark times and that means everything to us. Because I've never been shy about my own depression and it's something I deal with on a day-to-day basis, even when things are going great. In a lot of ways, the music has also helped get me out of dark times. Writing these words is a cathartic experience in the first place, and to know that it helps someone else is even more important."

"The Sound Of Scars" was released in October via Napalm Records.