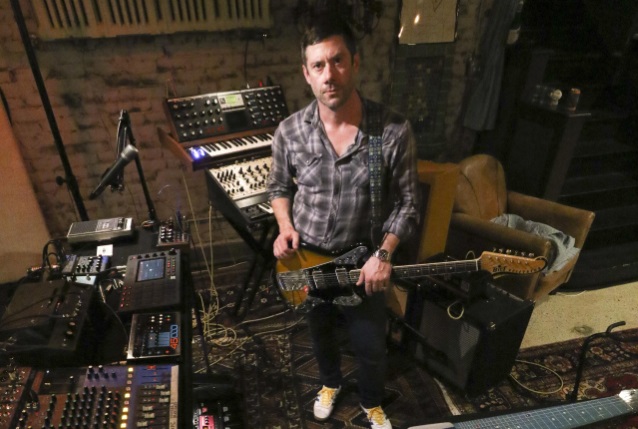 LIMP BIZKIT guitarist Wes Borland has released "Matadors & Daughters", the first single from his upcoming solo album. The single includes "Arcturus" on the B-side and is among the new music that Borland will debut as part of his four-hour durational performance at Moogfest 2018 in Durham, North Carolina, May 17-20 featuring a custom-built sonic rig. While the single is out today, the new material will be featured on the LP "Astral Hand" via Borland's own imprint, Edison Sound, and be distributed by The Orchard in the fall of 2018. The single premiered yesterday via Rolling Stone, which calls "Matador & Daughters" "phantasmagoric" while "Arcturus" is a more "umbral, cinematic B-side."

"Matadors & Daughters" provides a bridge between Borland's work on his 2016 electronic rock album, "Crystal Machete", and his commissioned work for Moogfest. Although the new material is slightly different and follows a more conventional song pattern, it still adheres to the same rules Borland imposed on himself for "Crystal Machete": no unprocessed vocals, no outside help from anyone else, and no distorted guitar.

"The voice rule was inspired by artists like PLANNINGTOROCK, AIR, DAFT PUNK and APHEX TWIN," Borland explains. "I want the vocals to be androgynous, between male and female. I want them to sit in that uncanny valley between human and not, not male or female, not human or electronic. Rule 2 was distorted guitars. For some reason, I have no problem cranking out riff after riff, it's like a conveyor belt in my head. It's no challenge to write one. I wanted to disable that option. The third one, no help from outside sources was set up to challenge myself to be a better musician and engineer. The only outside help I had was mastering."

This new set of music also adheres to two additional rules. "Every single song has to have something in it that comes from Wagner's Ring cycle — an idea or thought, or some musical element, something to me, that I've filtered through the Ring cycle, any of the four," Borland says. "And also Jan Hammer's score to 'Miami Vice'. That score plus something from Wagner, something from both, has to be present in every single single."

In addition to debuting new songs at Moogfest, Borland is presenting a custom sonic rig central to his performance. Describing the rig, Borland says that "it's basically multiple delay pedals and loopers and samplers going into a small mixing console which goes into a main sampler/looper. I've set up tons of instruments and made railroad tracks that come together to a central hub where I can record a loop of those things and have it run and then play over it and then have other stations that have their own loopers playing by themselves and I can enjoy the imperfection of those things overlapping each other. I'm set up for all kinds of things to happen, including accidents."

The durational will mostly be a solo performance but will include support from Alex Rosson, former head of audio at Detroit's Shinola and the ears and vision behind Audeze headphones. It was Rosson who introduced Borland to the Moog team, at dinner one night during which they invited Borland to perform. "Thank goodness they saw in me what I did outside of BIZKIT," Borland says of the invitation. "They're very open minded."

This is precisely where Borland wants to be. Originally known for his work as a guitarist in 1990s rap-rock juggernaut LIMP BIZKIT, Borland has increasingly established himself as a dynamic, experimental artist since leaving LIMP BIZKIT in 2001 through various solo and collaborative albums and projects, including industrial and metal bands BLACK LIGHT BURNS, BIG DUMB FACE and supergroup THE DAMNING WELL (with members of NINE INCH NAILS, FILTER and A PERFECT CIRCLE).

"I think when you're primarily known for songs you wrote when you were 24, it's ridiculous that that's it, that's the snapshot of you in the world forever," Borland says. "Any growth after that is looked at sideways, so it's important to be extra good. I try to make everything I do be significant and impactful, to make people who are pigeonholing you go, 'Oh, I like this.' And for people who are all 'Who do you think you are, you are some dumb alien frat boy from LIMP BIZKIT, we hate you,' for them to go, 'I accidentally listened to something this dude did and it's actually good.' That's what I'm aiming for: someone with good taste in music accidentally listening to me and going, 'Oh, I was wrong.'" 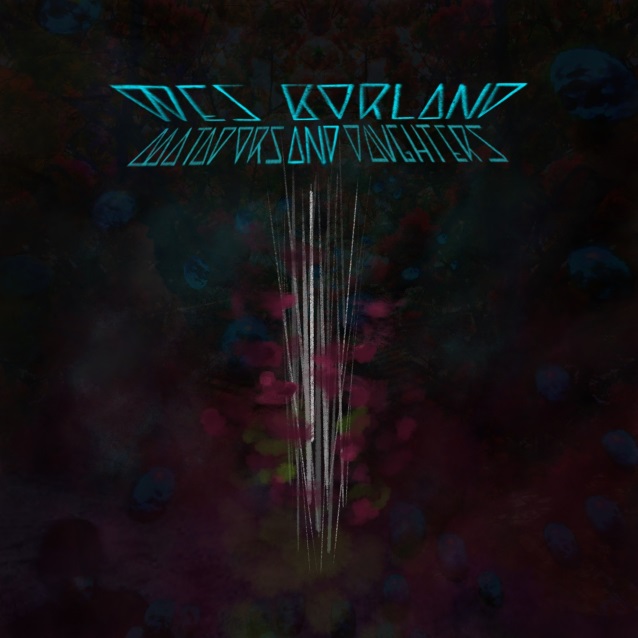