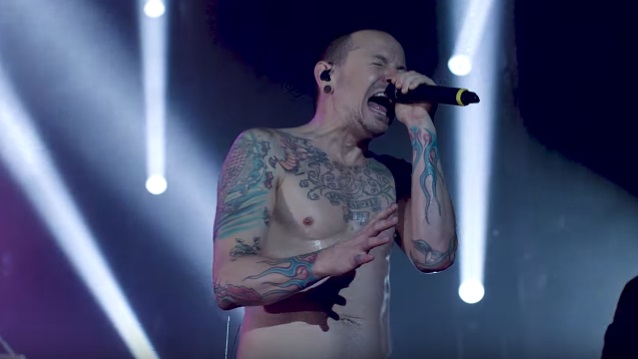 LINKIN PARK will release a concert album titled "One More Light Live" on December 15. Recorded on the band's "One More Light" world tour, it features 16 songs, including "Crawling", "Numb", "What I've Done", "Heavy" and the title track from the group's latest studio album, "One More Light". The live set will arrive five months after the passing of singer Chester Bennington, who died on July 20 at his Los Angeles area home after committing suicide at the age of 41.

To promote "One More Light Live", LINKIN PARK has just released a performance clip of the song "Sharp Edges". Check it out below.

The band said in a statement: "We dedicate this live album to our brother Chester who poured his heart and soul into 'One More Light'. After we finished recording the album, we joked with Chester that — since he had delivered so many stunning performances in the studio — he had set the bar extra high to produce that alchemy on stage each night. Not surprisingly, he welcomed the challenge."

The statement added: "The shows we played together during the early summer of 2017 were extraordinary. Chester shared with us that he felt this was the best tour we had ever done. The camaraderie and joy we experienced on stage reflected our deep connection with each other, with our fans, and with the music."

The band concluded: "For those of you who attended this tour in person, we thank you. For those who could not, we hope this live album gives you a glimpse into how magical these shows were for the six of us."

Bennington himself told The Pulse Of Radio a while back that he always wanted to give fans a different experience when they came to see the group. "There's one of two ways that bands get perceived when they're seen live," he said. "I think that one way is 'Wow, that is something like they do on the record.' And it can be disappointing. And the other is the music is actually a little better or different than I thought it was. And I like it more. And I think that's the way people view what we do live." 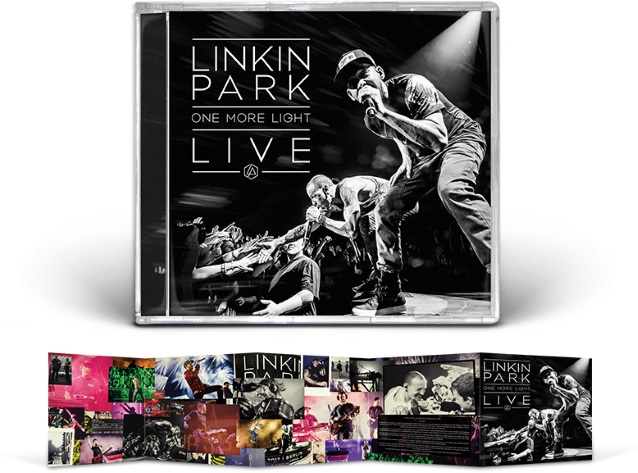