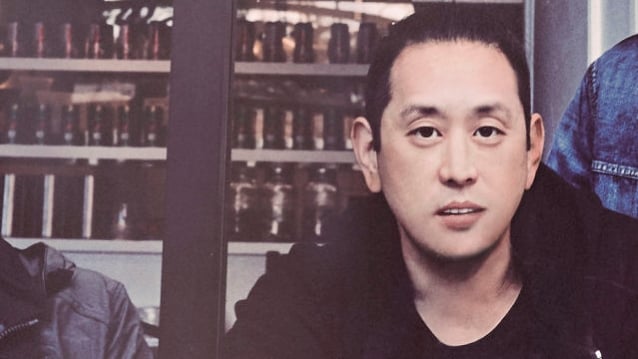 The mission of "Super Band", which premiered in South Korea last Friday, is to create a "super" band composed of versatile musicians capable of producing music spanning many musical genres.

The contestants will pair with each other to make their own bands and advance to each round. The winning band will receive prize money and the chance to embark on a concert tour.

"Thinking about popular music in Korea, I have a certain perception of it," Hahn said at a press event prior to the show's broadcast (see video below). "But looking beneath the surface, I know there is a lot of talent. That talent comes from people playing music.

"I love listening to bands and waiting for each member to really stand out and how the combinations of that really become larger than life and that makes me want to see them in concert."

Joe praised the show's name, "Super Band", saying: "It's not just a band. There are many versions of bands, but the word super to me reminds me of superheroes," the musician said.

"I love 'X-Men' and 'The Avengers' and all those super teams. But the way those stories are told… It's the really unique abilities of each individual that make up something great for the entire team. Beyond the surface of them using their powers to beat the bad guy, the stories of what their lives as individuals mean to each other and how they're gonna help each other get through life. I see that with members of the show."