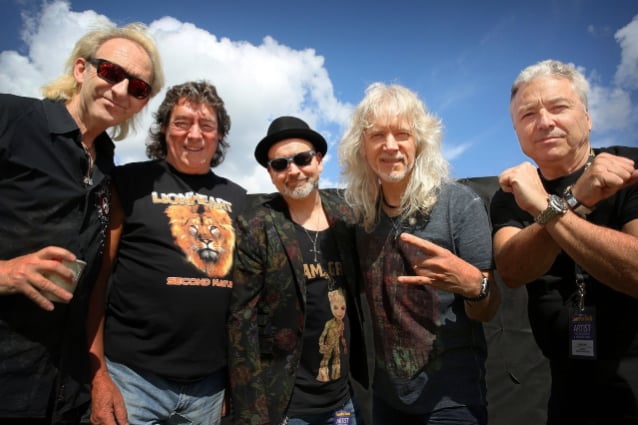 The official music video for the song "Widows" from British hard rock veterans LIONHEART can be seen below. The track is taken from the band's upcoming album, "The Reality Of Miracles", which will be released on July 31 via Metalville Records.

The "Widows" clip was directed by Neil Griffiths and is exceptional in its creation: With the help of green screens, it was possible to put together a band video, even though at no point during the recordings were two or more musicians in the same room.

LIONHEART was founded in late 1980 by Dennis Stratton (ex-IRON MAIDEN),Steve Mann (MICHAEL SCHENKER FEST) and Rocky Newton (ex-MSG) with Clive Edwards (ex-UFO) completing the lineup a little later. The band started playing constant live shows, including regular sold-out gigs at the London Marquee Club. Between 1981 and 1984, more shows followed, including a performance at the Reading Festival 1981 and as support for DEF LEPPARD, WHITESNAKE and SAXON.