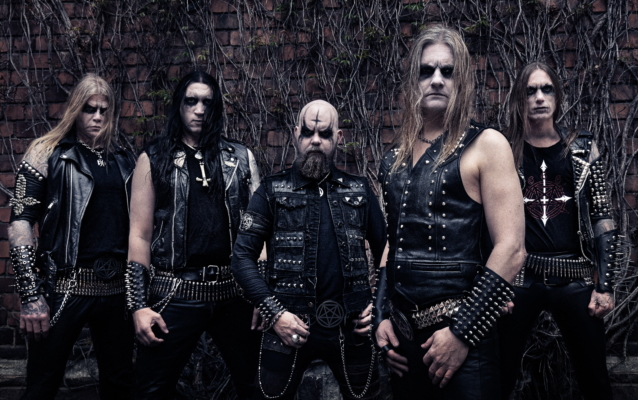 NECROPHOBIC To Release 'Dawn Of The Damned' Album In October

By unleashing the single/ EP "Mirror Black", Swedish blackened death metal veterans NECROPHOBIC are set to kick off the campaign for the release of their undoubtedly most diverse and elaborate album to date, "Dawn Of The Damned", due on October 9 via Century Media Records.

"Mirror Black" comes together with an official music video created by Magnus Göthlund (director) and Henrik Christoffersson (director of photography). Check it out below.

NECROPHOBIC commented: "The video for 'Mirror Black' was shot on two different locations in Stockholm. We wanted to manifest the bright and the dark side of the portal to the underworld. The song is about a journey to begin through darkness and fire. This is where the damned takes the final step into the pitch-black depths of death. On to the other side where a new dawn awaits."

"Dawn Of The Damned", which was recorded and mixed by Fredrik Folkare (UNLEASHED, FIRESPAWN) and which once again comes with artwork by Kristian "Necrolord" Wåhlin, will be available as limited 2CD mediabook and patch, gatefold colored and black LP with LP booklet and poster, standard CD jewelcase and digital album.

"Dawn Of The Damned" track listing:

With 30 years of active, nefarious service under its bulletbelts, NECROPHOBIC are undisputed legends of the death and black metal underground. Formed in 1989 by drummer Joakim Sterner, the Stockholm black hearts propagated a singular and fearless vision from the very start, confirming their prowess with now legendary debut album "The Nocturnal Silence" in 1993.

Despite numerous lineup changes and moments of turmoil, NECROPHOBIC's dark light has never dimmed. As a result, when the band's most efficacious lineup reconvened for 2018's "Mark Of The Necrogram", it was obvious to fans and critics alike that the Swedish quintet were back to the blistering form that first cemented their reputation. With guitarists Sebastian Ramstedt and Johan Bergeback back in the fold after a five-year hiatus, it was a self-evident career peak for all concerned. Not just the best-sounding record of the band's career, but one of the most monstrously dramatic and destructive records of the decade, it made the prospect of the next NECROPHOBIC album even more mouth-watering. Fast forward to 2020 and chief songwriter Ramstedt has summoned another breath-taking eruption of otherworldly malice, this time bearing the title "Dawn Of The Damned". 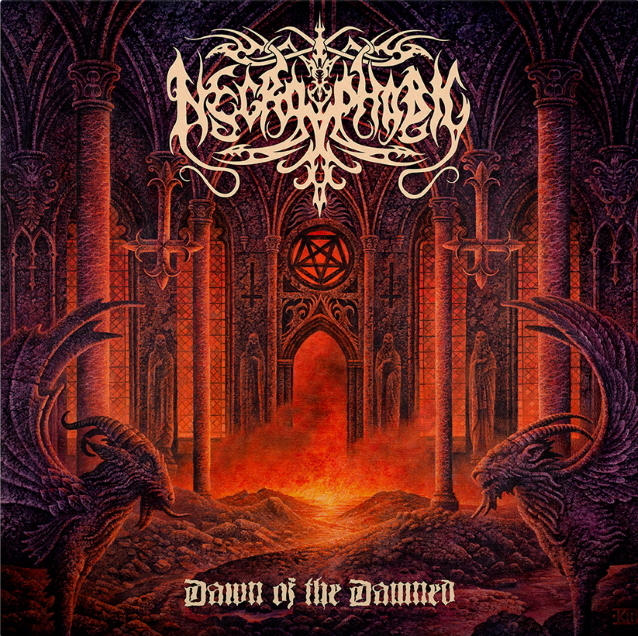