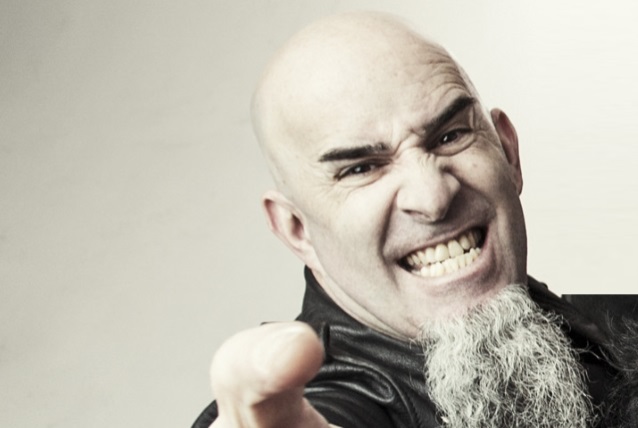 Listen To ANTHRAX's SCOTT IAN Read From His New Book, 'Access All Areas'

Hachette Audio has released a clip from the audiobook version of ANTHRAX guitarist Scott Ian's second book, "Access All Areas: Stories From A Hard Rock Life". You can now listen to it using the SoundCloud widget below.

Ian, famous for cofounding legendary thrash metal band ANTHRAX and only slightly less so for his iconic beard, has done and seen a lot in his decades of touring. Those of you who have read Scott's memoir "I'm The Man" may know the history of the band, but "Access All Areas" divulges all the zany, bizarre, funny, and captivating tales of what went on when the band wasn't busy crafting chart-topping albums.

In his more than 30 years immersed in the hard rock scene, Scott has witnessed haunting acts of depravity backstage, punched a legendary musician, been a bouncer at an exclusive night club, guest-starred with ANTHRAX on "Married With Children", invaded a fellow rock star's home, played poker professionally, gone on a non-date with a certain material girl, appeared on "The Walking Dead", and much more.

"Access All Areas" allows its readers to do just that. With humor, candor, hindsight, and writing chops that would make Stephen King jealous (nope, not even on Bizarro world),Scott Ian takes his fans along for the ride at all the parties, hot spots, and behind-the-scenes shenanigans they will never hear about from anyone else. And none of it would have happened without a bit of divine inspiration from KISS. (No, seriously. Read chapter two.) Best of all, Scott seemingly lacks the ability to be embarrassed, making "Access All Areas" howlingly funny, self-deprecating, and every bit as brash and brazen as one would expect from one of the original architects of speed metal.

"Access All Areas: Stories From A Hard Rock Life" was made available on December 12, 2017 from Hachette Audio as a digital download, and in hardcover and ebook from De Capo Press.

ANTHRAX is continuing to tour in support of its latest album, "For All Kings", which was released in February 2016.