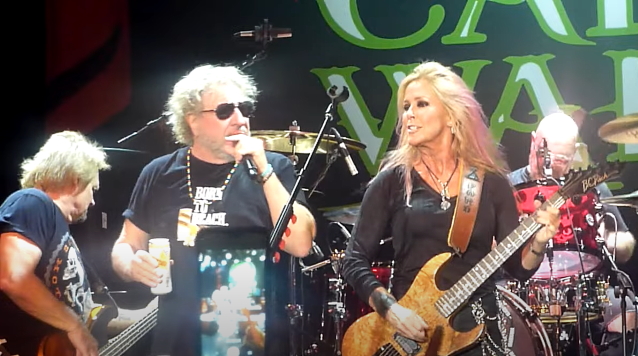 Lita Ford joined SAMMY HAGAR & THE CIRCLE on stage this past Friday, March 25 as part of Hagar's 2022 "Sammy Hagar & Friends" residency at The STRAT Hotel, Casino & SkyPod to perform cover versions of MONTROSE's "Rock Candy" and LED ZEPPELIN's "Rock And Roll". Fan-filmed video of her appearance can be seen below.

A couple of years ago, Lita said that the title of her 1991 album "Dangerous Curves" was "given" to her by her "dear friend" Hagar. "We started writing a song and never finished the song, so I just used the title," she said. "I don't know where that song went — I'll have to check that out..."