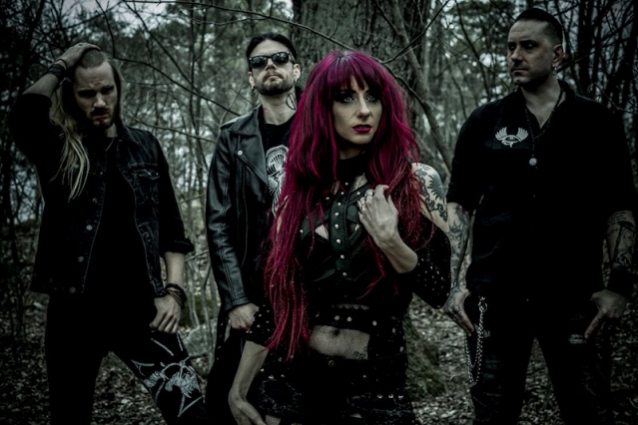 Following on from the acclaimed "Follow Me" album, Swedish quintet LIV SIN, led by the unmistakable vocals of Liv Jagrell (ex-SISTER SIN),will release its new LP, "Burning Sermons", on September 6 via Despotz Records. The disc was produced by Emil Nödtveidt (DEATHSTARS) at Black Syndicate Studio.

Channeling LIV SIN's love of classic heavy metal with a bruising modern edge, "Burning Sermons" is a riff-heavy collection, showcasing the band's innate ability to match melody with aggressive metal with ease. Liv is in particularly fine form throughout, with a voice equally capable of capturing your heart as it is knocking buildings to the ground.

Liv comments on the band's decision to work with Emil: "We wanted to explore a more modern sound with some synthesizers on this album. I think that this album might surprise a lot of our fans. I have known Emil for many years, so it was really fun to reconnect. The first moment he sent us his ideas of our demos, I was delirious."

Guitarist Chris Bertzell explains how the songwriting process differed from that on LIV SIN's debut: "For the first album, LIV SIN was only Patrick, Liv and Per. Now we have spent two years together as a complete band of five on the road and in the studio. Along with more songwriters, the band has evolved into having a lot more attitude and catchy melodies."

Just like with LIV SIN's previous album, the band invited a guest artist on "Burning Sermons" to sing with Liv in a memorable duet. On the upcoming single "Hope Begins To Fade", Liv paired up with Björn "Speed" Strid, the well-known singer of SOILWORK and THE NIGHT FLIGHT ORCHESTRA.

LIV SIN commented on the collaboration with Björn: "For a heavy bombastic song like 'Hope Begins To Fade' that features orchestral elements, we wanted to find a cool contrasting voice to Liv, and Björn's name came up when we were discussing guests for the album with our label. His deep growls and marvelous clear voice were the ultimate combination to lift this song to the next level and it fit seamlessly with Liv's tone. His impressive skills from actually both SOILWORK and THE NIGHT FLIGHT ORCHESTRA shines through here, which added that extra punch to the song. It was the perfect match!" 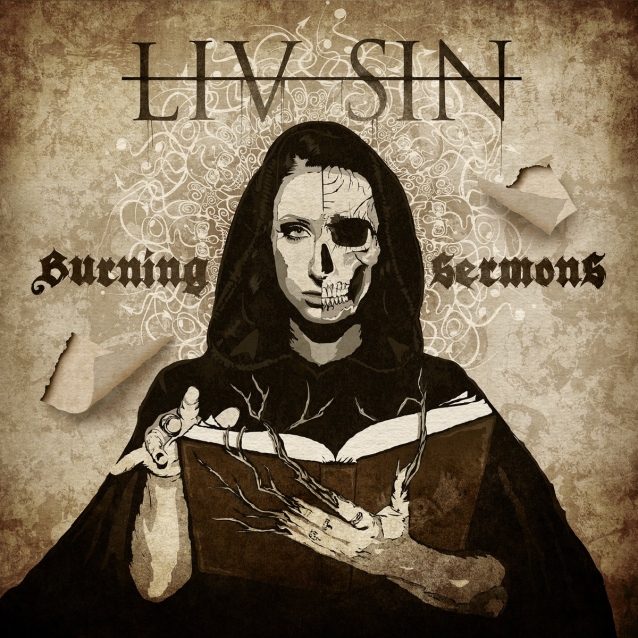