"We have been a part of the Chicago community since 2005 and this investment allows us to expand our impact in a significant way," said Charlie Walker, partner, C3 Presents, Lollapalooza promoter. "We know that the next generation of artists and musicians is growing up right here in Chicago schools, yet too many children have little or no access to arts education. The Lollapalooza Arts Education Fund aims to ensure that all Chicago Public School students have the opportunity to develop their creative talent," he added.

The $2.2 million commitment, to be distributed between 2021 and 2026, is intended to close the gap in arts education, and will partner with Ingenuity's Creative Schools Fund which will administer and distribute the funds directly to schools. Support will be targeted to Chicago neighborhoods, where 105,000 predominantly Black, Latinx and low-income CPS students do not have access to the arts. Each year, under-resourced schools will be able to apply for funding to support investments in art and music teachers to sustain new programs. This vital support will provide students with educational programming that fosters creativity, improves the learning environment, and leads to stronger engagement in schooling. Information on how the funds will be allocated can be found at this location.

"Addressing the equity gap in arts education is precisely why we created the Creative Schools Fund. This contribution will provide 220 of Chicago's public schools with expanded arts and music programs," said Paul Sznewajs, executive director of Ingenuity. "The students we serve know Lollapalooza as an opportunity for musicians to perform on the world's biggest stage; now, they will know Lollapalooza to be a supporter of music on Chicago's youngest stages. We thank C3 for their significant donation and for approaching us with a bold plan to help address this need."

Since 2012, the Creative Schools Fund has supported teacher-designed and led arts partnerships within CPS schools. These programs often feature collaborations with community arts organizations and teaching artists, bringing the rich cultural resources of Chicago into its classrooms.

"For far too long, our children in low-income communities and communities of color have suffered from a chronic lack of creative spaces in their schools," said Chicago mayor Lori E. Lightfoot. "This investment and partnership with the Lollapalooza Arts Education Fund will significantly help to address this issue and enrich the lives of more than 100,000 students by giving them the resources they need to thrive academically and artistically."

"Art and music education helps students unlock their creative potential and our goal is to ensure every CPS student has access to rich arts programming," said Dr. José M. Torres, Interim CEO of Chicago Public Schools. "I'd like to thank the Lollapalooza Arts Education Fund for their continued partnership. This generous donation will benefit thousands of CPS students beginning this school year when we will welcome them back to the classroom five days a week Monday, August 30."

Lollapalooza has grown into an annual world-class festival in Chicago (2005),as well as culturally rich countries including Chile, Argentina, Brazil, Germany, France and Sweden. Lollapalooza is one of the premiere music destinations for music fans in the United States and abroad. Lollapalooza celebrates its 30th anniversary in 2021, continuing to deliver fans an exceptional four full days of music and over 170 bands on 8 stages. In 2019 Lollapalooza brought in over $247 million in local economic impact and has generated $1.692 billion in total, since 2010. 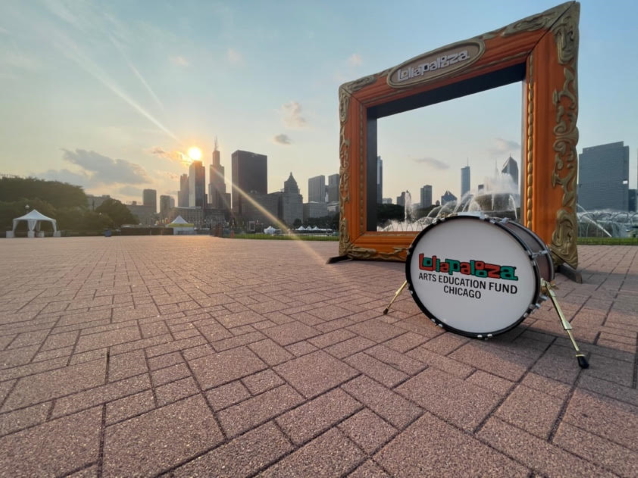