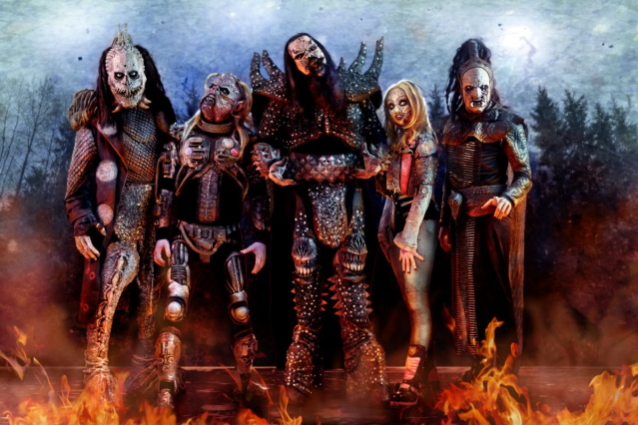 Finnish hard rock monsters LORDI have inked a deal with Atomic Fire Records. The band recently completed recording a new album that will see the light of day in the spring of 2023.

LORDI comments: "We are damn proud to announce that LORDI are joining the impressive ranks of Atomic Fire Records! We're quite psyched up to stir the pots with Markus Wosgien, Flori Milz and their fantastic team.

"Leaving AFM Records (thanks a million, Jochen) was not an easy decision for us since the support there was always great!

"Stay tuned monster maniacs, the next era is all set and ready and awaiting just right around the corner..."

Atomic Fire Records label founder/A&R Markus Wosgien adds: "With LORDI, we are happy to welcome another heavyweight of the heavy metal scene to Atomic Fire Records. 20 years ago, their fantastic debut, 'Get Heavy', was released and you simply had to love them! The combination of their monster image with traditional '80s metal was a real joy on every single one of their albums and is always a guarantee for a true metal inferno live on stage.

"What Mr. Lordi and his monster clan recently created on the seven-CD package 'Lordiversity' still leaves me speechless and will probably never be seen again in this form.

"We are looking forward to the next chapter with some new monster anthems par excellence!"

Last year, LORDI released no less than seven new studio albums. The LPs marked the first new music from LORDI since the arrival of 2020's "Killection", a fictional compilation album which contained songs that LORDI would have written had the band existed between the early 1970s and the mid-1990s. Each album in the "Lordiversity" box featured a different genre approach: hard rock, disco, progressive rock, heavy metal, AOR, thrash/speed metal and industrial metal.

This past June, LORDI recruited Kone as the replacement for its departed founding guitarist Amen-Ra (a.k.a. Amen). Kone made his live debut with LORDI at the Rock In The City festival in Kuopio, Finland.