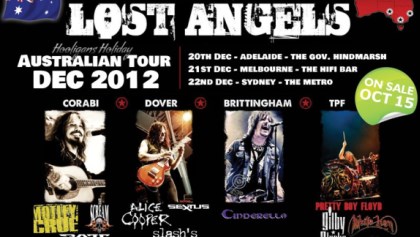 In a recent interview with Metal-Rules.com, Dover stated about LOST ANGELS: "With LOST ANGELS, it's merely just a case of friends getting together and playing songs from our collective past and future and covers too, things that influenced us growing up. Really, Troy Patrick Farrell has a lot to do with putting it together. He's the one that kind of coordinated everything. You know, we played in Australia right before Christmas and John Corabi was on it, so it's a little bit of a floating rotation. We've got a lots of friends and we love playing music. That's what it's all about." 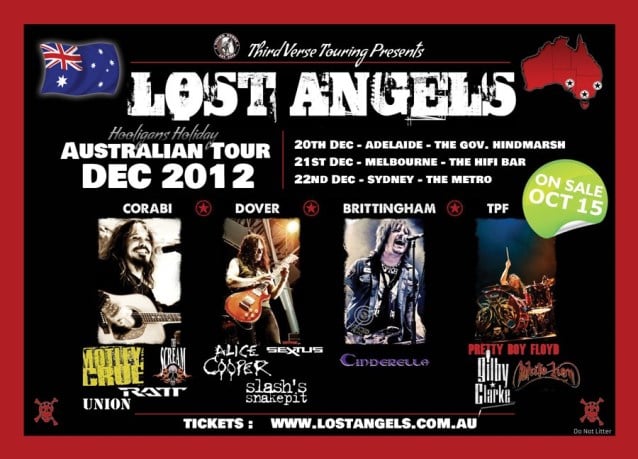