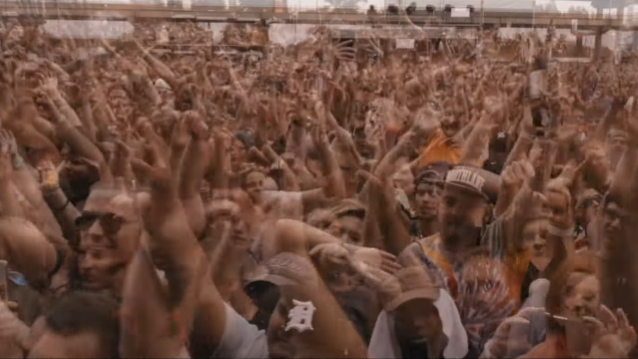 A vendor at this weekend's Louder Than Life festival died after an apparent overdose.

The vendor, identified by Jefferson County Coroner's office as 40-year-old Nicholaus Davis, was found dead hours before the event was scheduled to open its doors on Friday morning (September 24).

Louder Than Life producers Danny Wimmer Presents issued the following statement on Friday: "The well-being of our festival goers, staff, vendors, volunteers and artists is our primary concern, and we work diligently to ensure the safest event possible. Overnight, a member of our team discovered an unresponsive contract vendor in a working zone. EMS was dispatched immediately and confirmed the death as an apparent overdose. Our deepest condolences, thoughts and prayers go out to the family and friends."

Louder Than Life hosted tens of thousands of people over a four-day period at the Kentucky Exposition Center in Louisville, Kentucky.

Several bands ended up pulling out of the festival over COVID-19 concerns, including NINE INCH NAILS which canceled all of its performances. A few days before the festival was set to begin, MUDVAYNE also dropped out after lead singer Chad Gray tested positive for the novel coronavirus.

All attendees were required to show proof of vaccination or a negative COVID-19 test. For fans who were not fully vaccinated, a negative COVID-19 test result had to be obtained within 72 hours of the first day of coming into the campgrounds or festival grounds. The festival also required masks in any indoor spaces, regardless of vaccination status. Attendees were also strongly encouraged to wear masks in the camp or festival grounds.

Danny Hayes, CEO of Danny Wimmer Presents, estimated this year's festival averaged around 30,000 to 35,000 attendees per day, according to WDRB.