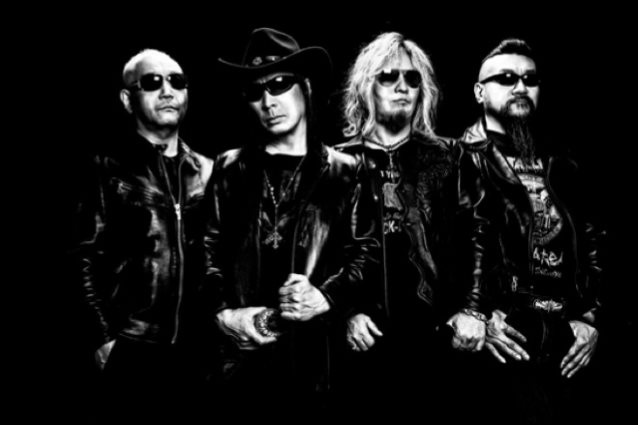 LOUDNESS To Release 'Rise To Glory' Album In January

Japanese metallers LOUDNESS will release a new album, "Rise To Glory", on January 26, 2018. The follow-up to 2014's "The Sun Will Rise Again" will be made available in Japan via Ward Records and throughout Europe and America via earMUSIC, home to other world-class acts such as DEEP PURPLE, ALICE COOPER, STATUS QUO, DEF LEPPARD and THUNDER.

Asked by Metal Rules to recall some of the highlights from the "Thunder In The East" days, Niihara said: "We opened for MÖTLEY CRÜE and we played Madison Square Garden. I was told by my manager, and I don't know if it is true or not, that you have to take a huge limo to get into Madison Square Garden. We were in this limo and the views reminded me of a LED ZEPPELIN movie. We thought, 'We made it!' because Madison Square Garden is such an important place. I know there are bigger places in the States, but that place is so important and so many bands have played there, it gave me goose bumps." 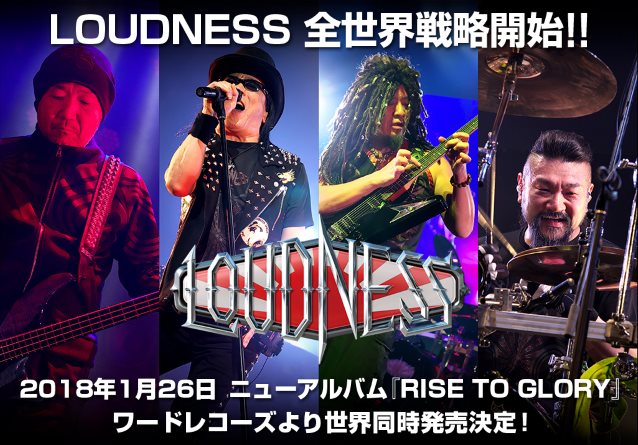