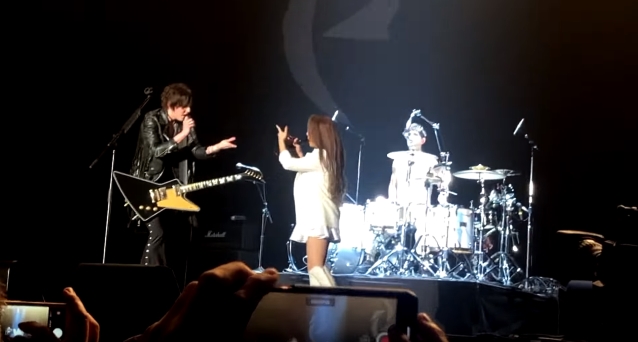 Asami, the singer of LOVEBITES, the all-female heavy metal band from Tokyo, joined HALESTORM on stage on March 21 at the Download Japan festival to perform the latter group's Grammy-winning song "Love Bites (So Do I)". Fan-filmed video footage of her appearance can be seen below.

Rock n Roll Tokyo! @lovebites_jp @asami.vo !! #LoveBitesBand! How amazing to sing our song Love Bites (so do I) with a young band from the other side of the globe..full of bad ass ladies who named their band after that same song! #livingthedream !!