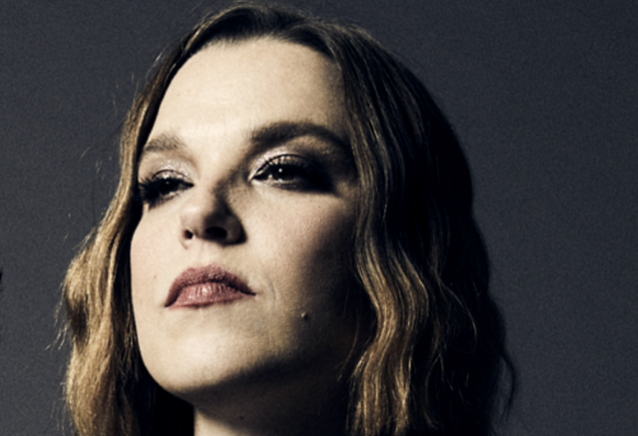 LZZY HALE On HALESTORM's Upcoming Record: 'Everyone's Going To See Some Of Themselves On This Album'

In a new interview with Brandy Richey of Pittsburgh's 105.9 The X radio station, HALESTORM frontwoman Lzzy Hale spoke about the band's upcoming follow-up to 2018's "Vicious" LP. She said (as transcribed by BLABBERMOUTH.NET): "We just finished our new album. We're actually getting mixes and masters back as we speak. But during the time that we were writing it, I got a lot of inspiration by just the stories and just people living their lives and survival stories and literally just conversations that I've had with these people. So, in turn, I feel like even just as an artist, it was a really neat way for me to find myself again and see myself in them, but also in turn I feel like everyone's going to see some of themselves on this album. So, yeah, it's a beautiful thing."

Last month, Lzzy told the 105.7 The Point radio station about the musical direction of the new HALESTORM material: "This album is absolutely a banger. It's on eleven. We have really just kind of exceeded all of the energy that has come before on these albums, both technically, music-wise, vocally, drum, lyric-wise. I think because of the roller-coaster ride when we were making this record, and just through the pandemic and all the different phases of that, we just kind of looked at each other, like, if the future is unknown and we don't know whether we're actually going to be out and playing these things, everything has to be, like I said, at eleven. It's HALESTORM elevated.

Raskulinecz first helmed HALESTORM's 2017 effort "ReAniMate 3.0: The CoVeRs eP" and was previously described by Hale as the group's "fifth member."