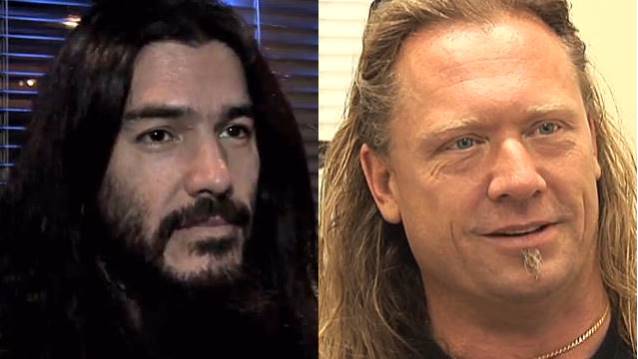 All claims in the dispute have been dropped against all parties named, including but not limited to the $800,000 claim against the band for breach of fiduciary duty and interference with prospective economic advantage, as well as the $1,000,000 defamation claim against MACHINE HEAD singer/guitarist Robb Flynn regarding a blog he posted on the band's official web site and associated social-media sites.

The settlement between MACHINE HEAD and Duce was mediated by Gail Migdal Title, with the litigation team for MACHINE HEAD handled by Kari Keidser, Dawn Coulson and Randall Rich of Epps & Coulson, along with longtime MACHINE HEAD entertainment lawyer Scott Harrington.

Duce claimed that no agreement was ever made about his share of future royalties and profits. He said the other bandmembers "simply kicked him out of the band and presumed he would forget about over two decades of hard work, dedication, and effort he put into the Band." Duce also said his likeness was used on the band's web site and in promotions without his authorization.

MACHINE HEAD will embark on the "Killers & Kings" tour in the U.S. on July 8, with support from ANTI MORTEM.

MACHINE HEAD's eighth album — the group's first with MacEachern — will be released in November via Nuclear Blast.

MacEachern made his live debut with MACHINE HEAD on June 24, 2013 in Spokane, Washington.