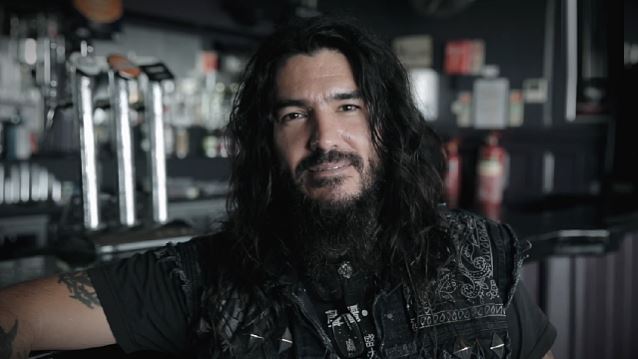 MACHINE HEAD will release its new album, "Bloodstone & Diamonds", in November via Nuclear Blast Entertainment. The CD was recorded in part at GREEN DAY's JingleTown Recording compound in Oakland, California.

Speaking about the musical direction of "Bloodstone & Diamonds", Flynn said: "There's definitely a lot of urgency on this record. It's a really heavy record arid there's a dark and evil vibe to a lot of it, but I feel like there's more of a rock vibe in there too. It's stripped down at times, and I like that. I think that sense of urgency has carried over from the demos we did, which were all done very quickly and spontaneously. We tried to keep that spontaneous vibe on the album."