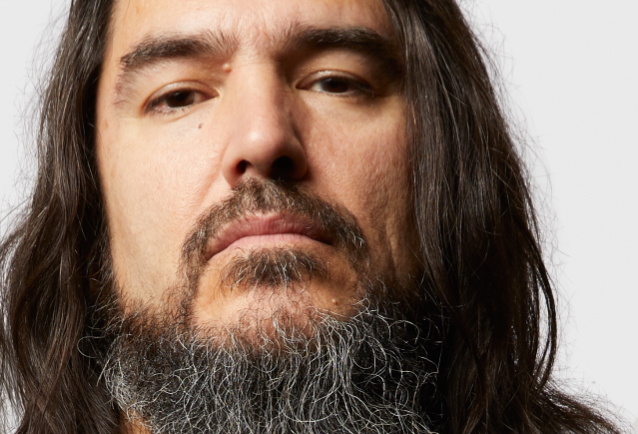 In a new interview with Australia's Heavy, MACHINE HEAD frontman Robb Flynn spoke about how he dealt with the downtime during the coronavirus pandemic. He said (as transcribed by BLABBERMOUTH.NET): "For me, the pandemic has been… I've enjoyed it probably more than I should say probably. I've been on the road since I was 19 years old. We've never gone on hiatus; I've never taken a break; it's been 30-plus years non-stop. And whether it was forced or not, it's killer to just have this time to slow down, not be on the road, not be cramming for the next record, not be looking for the next tour. We tour hard too — we do a minimum of 16 months behind any tour cycle. We're doing three-hour shows. And there's no letting up. It just doesn't end. And then you go and write the next record — you just start writing again. And to just have this ability to disconnect from tons of bullshit — disconnect from being around other bands and just whatever — and just kind of dig into what we're into and we're doing and what we're digging on, it was really inspiring, man, and it was really needed. I think I needed that. I didn't realize how much I needed a break until I was having a break. And I was, like, 'Jesus, I really enjoy this.'"

He continued: "I mean, it was tough not having the money coming in, but we had enough money to get through it, so it worked out. In a lot of ways, I could… I don't know if I'm gonna continue touring like this forever. I really did enjoy the time off. Doing my 'Happy Hour' show [on Facebook Live] and then coming home on a Friday night and just drinking with my wife, it was cool. Maybe that's what the future is — I don't know. I mean, certainly not the immediate future, but it was the first time in my life that I ever thought, like, 'Wow, maybe I could do something else [and not stay on the road so much]."

MACHINE HEAD's tenth studio album, "Of Kingdom And Crown", was released on August 26 via Nuclear Blast/Imperium Recordings. The follow-up to 2018's "Catharsis", "Of Kingdom And Crown" includes the three songs that were featured on last year's "Arrows In Words From The Sky" single: "Become The Firestorm", "Rotten" and "Arrows In Words From The Sky". Much of the new MACHINE HEAD album was recorded at Sharkbite Studios in Oakland, California with engineer/producer Zack Ohren.

Flynn told Metal Hammer magazine about the musical direction of the new MACHINE HEAD material: "It's similar to [2003's 'Through The Ashes Of Empires' and 2007's 'The Blackening'] in that we're moving forward into something fresh and new but it's got that classic MACHINE HEAD vibe. We have a lot to deliver and expectations are very high, so I'm lucky to have great people surrounding me. Jared [MacEachern, bass] really stepped up and wrote some great riffs and great vocals. Vogg [guitarist Wacław Kiełtyka] contributed a few ideas and brought some really great songs."