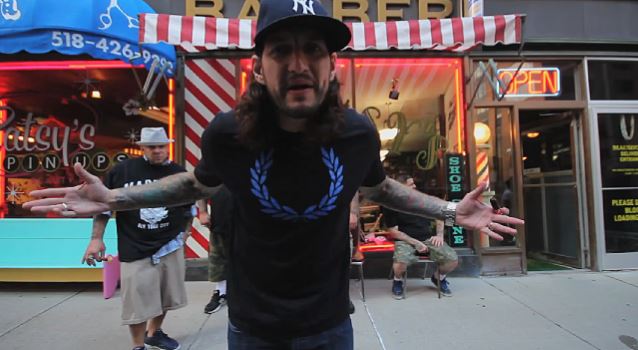 "Doc Marten Stomp", the new video from New York hardcore veterans MADBALL, can be seen below. The clip was directed by Dave Causa and produced by MADBALL frontman Freddy Cricien.

"Hardcore Lives" was made available as limited-edition digipak and on black vinyl, both including two additional bonus tracks: "The Beast", which also appeared on 2012's EP "Rebellion", and "Spit On Your Grave", from 1994's landmark release "Set It Off". Both tracks have been exclusively re-recorded for the inclusion on "Hardcore Lives". The album also includes guest appearances by some of hardcore's most notable singers: Scott Vogel (TERROR),Toby Morse (H20) and Candace Puopolo (formerly Kucsulain, WALLS OF JERICHO).